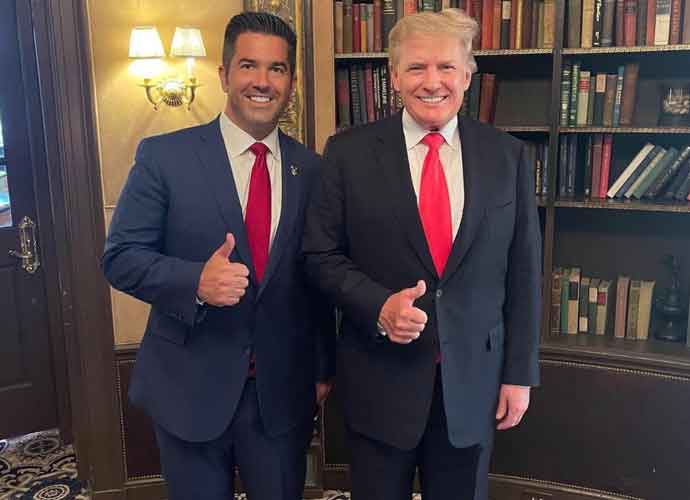 GOP U.S. Senate candidate Sean Parnell‘s estranged wife has accused him of abusing her and their three young kids. Parnell has been endorsed by former President Donald Trump for a U.S. Senate seat in Pennsylvania in the 2022 election.

Laurie Snell spoke under oath in a Butler County family court on Monday. She recounted incidents of Parnell choking her, slapping one of their children and bruising one of the children’s faces.

Snell told the judge: “He tried to choke me out on a couch and I literally had to bite him. He was strangling me. When he started hitting the kids in 2018, that was the final straw. As I would parent, he would tell them not to listen to me. He would just rage at them. He would scream and scream, and you couldn’t stop him.”

Parnell issued a statement in response to Snell’s testimony, accusing her of making “a number of false allegations.” According to Parnell, Snell’s comments were “complete fabrications; not distortions or misrepresentations — just flat-out lies.”

He added: “The truth is I love my family and I love my children more than anything.”

In his statement, Parnell said: “Let me emphatically state: I have never raised a hand in anger towards my wife or any of our three children. What happened today in court was not justice, nor did it have any basis in fact or truth.”