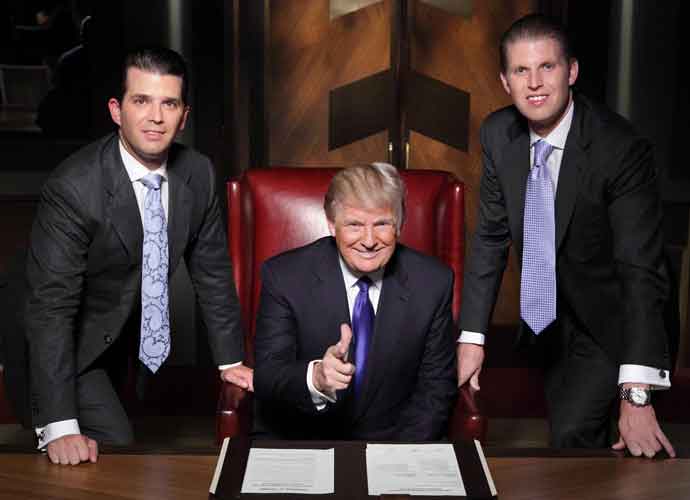 Donald Trump with sons Don Jr. and Eric Trump on the set of 'The Apprentice'

Trump Earned Over $427 Million For Starring In ‘The Apprentice’

Financial records reveal that President Donald Trump earned over $427 million from starring on his NBC TV show The Apprentice.

Throughout the show, Trump earned $197 million directly from the 16-year show — which debuted in 2004 — and made a further $230 million from licensing deals, sponsorships and seminars that followed his fame, tax records reviewed by The New York Times showed.

Judd Deere, a White House representative, told The Times that the report was “fake news.”

Deere also added, “another politically motivated hit piece full of inaccurate smears” timed “before a presidential debate” but did not dispute any specific facts.