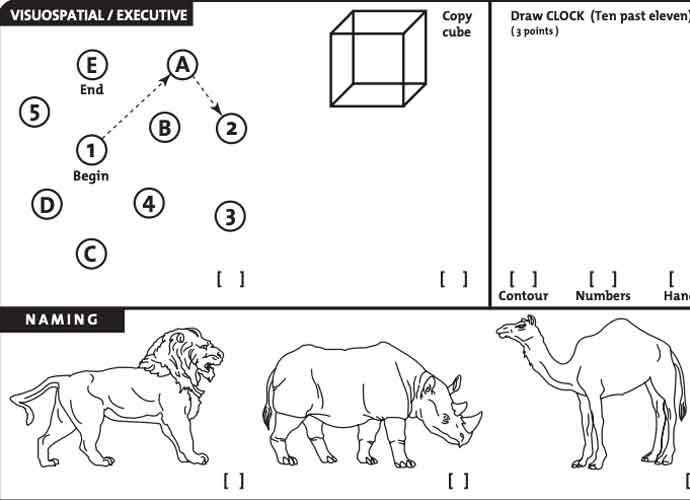 President Donald Trump attacked presumptive Democratic nominee Joe Biden over Twitter Thursday, challenging him to to take a cognitive test that he “aced.”

Trump previously took Montreal Cognitive Assessment (MOCA) that is aimed to point early signs of dementia during his 2018 physical exam. He scored 30 out of 30 on the test, with his physician saying the President “has absolutely no cognitive or mental issues whatsoever.”

Biden was asked about the test at a press conference this week. Biden told reporters that he has been “constantly tested.”

“For someone so obsessed with appearing strong, Donald Trump shows us every day just how weak he is,” a Biden campaign press secretary said in a statement last month. “Donald Trump doesn’t care about the health or economic prosperity of the American people. He only cares about himself.”

Trump himself has recently faced criticism over his own health after the videos of his recent appearance at West Point where he walked gingerly down a ramp or when could not raise a glass of water to his mouth using one hand.

In response to videos circulating online, Trump justified himself in Twitter, saying the ramp was “very long” and “steep.”

“The ramp that I descended after my West Point Commencement speech was very long & steep, had no handrail and, most importantly, was very slippery,” Trump tweeted. “The last thing I was going to do is ‘fall’ for the Fake News to have fun with. Final ten feet I ran down to level ground. Momentum!”