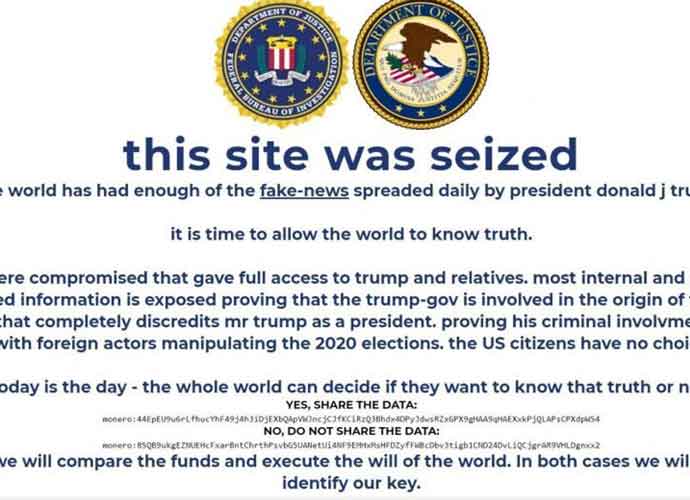 On Tuesday evening, hackers took over and posted a message on President Donald Trump‘s campaign website that said it had obtained “strictly classified information” and that “the US citizens have no choice” in an attempt to effect voter turnout.

The message told Americans that, in exchange for cryptocurrency, they would release information on Trump that connected him to “the origin of the coronavirus” and “foreign actors manipulating the 2020 elections.” The site has since been restored by Trump’s communications team.

“There was no exposure to sensitive data because none if it is actually stored on the site,” tweeted Trump communications director Tim Murtaugh in response to the hackers’ claims. “We are working with law enforcement authorities to investigate the source of the attack.”

Earlier this evening, the Trump campaign website was defaced and we are working with law enforcement authorities to investigate the source of the attack. There was no exposure to sensitive data because none of it is actually stored on the site. The website has been restored.