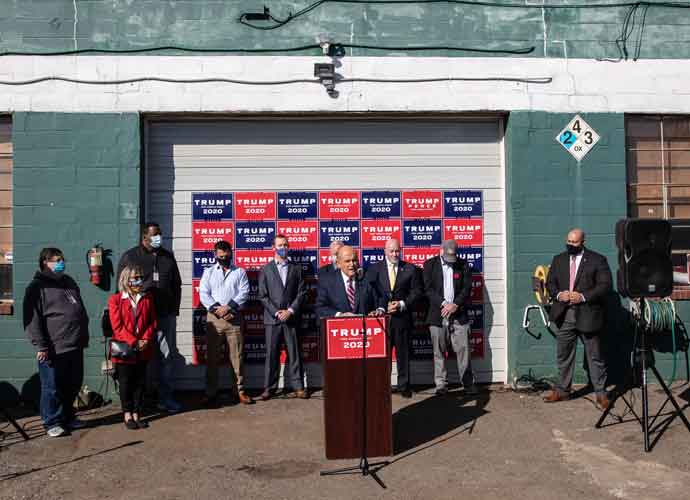 PHILADELPHIA, PENNSYLVANIA - NOVEMBER 07: Attorney for the President, Rudy Giuliani speaks to the media at a press conference held in the back parking lot of landscaping company on November 7, 2020 in Philadelphia, Pennsylvania. The press conference took place just minutes after news networks announced that Joe Biden had won the presidency over Donald Trump after it was projected that he had won the state of Pennsylvania.

On Saturday, President Donald Trump announced that his “big conference” in Philadelphia would be hosted at Four Seasons Total Landscaping – not the luxury hotel chain the Four Seasons.

His tweet came after his campaign realized that they had booked the wrong location.

Both Trump and Four Seasons Philadelphia clarified in tweets that no press conference was going to be held at Four Seasons and had “no relation with the hotel.”

The administration was widely mocked after the conference was forced to be held at a garden center’s parking lot.

When responding to the news outlets, Zarif Jacob, the shop owner of Fantasy Island, said that he was initially confused about why the conference was held near his store.

He then commented, “He lost. He knows he lost.”