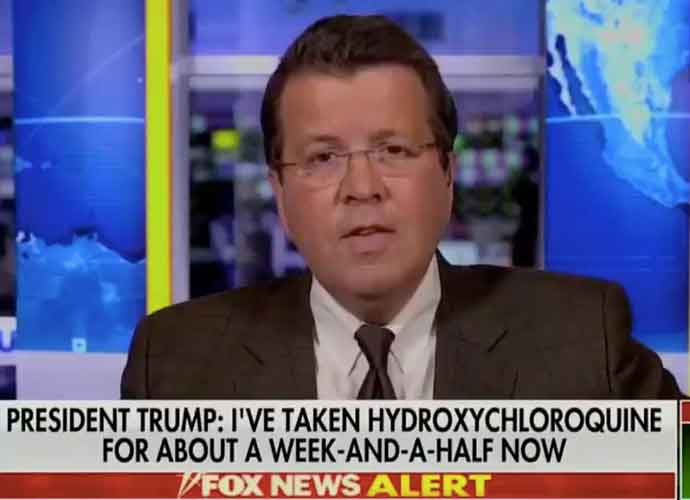 After Fox News commentator Neil Cavuto contradicted President Donald Trump on his use of hydroxychloroquine, Trump was outraged by his comments and issued a series of tweets against the anchor and the whole Fox News network.

Yesterday, Cavuto emphasized the risks associated with the drug on his show. “When the President said, ‘what have you got to lose?” he explained, “in a number of studies, those who are certainly vulnerable in the population have one thing to lose: their lives.”

After touting the drug’s effects on lupus, malaria, and arthritis Cavuto explained that many veterans who took hydroxychloroquine against the novel coronavirus died because of it. “Among a population of veterans in a hospital receiving this treatment, those with vulnerable respiratory conditions, heart ailments, they died!” he said.

On Monday, Trump said he’s been taking the drug for more than a week and the White House physician made controversial remarks about it, saying that “the benefit of the treatment outweighs the risks involved”.

After listening to Cavuto’s comments, the president posted several tweets against him, calling him an “idiot,” “gullible,” “foolish” and even an “assh–e”.

Trump also attacked the network, saying that he will be looking for another outlet and that Fox “is no longer the same.” While the media outlet has often provided positive coverage of both Trump and Republican views, in general, the President voiced his disappointment with its recent news anchors.

He stated that there seem to be more anti-Trump guests on the network. “You have more anti-Trump people, by far, than ever before. Looking for a new outlet!” he wrote. “We miss the great Roger Ailes.”