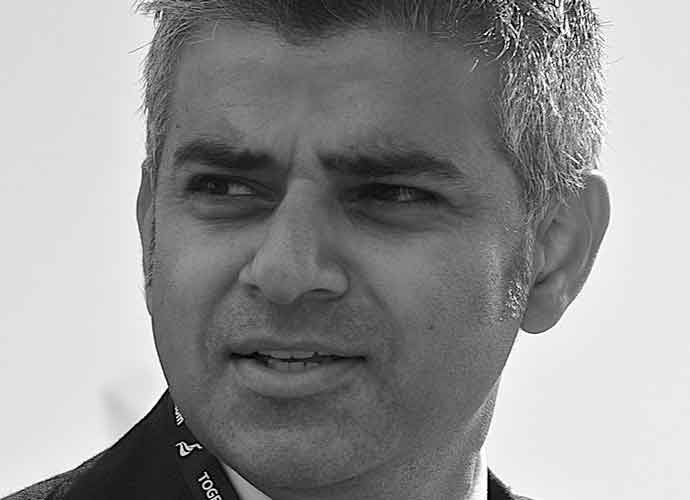 Donald Trump lashed out at London Mayor Sadiq Khan in a tweet Monday, beginning his trip to the United Kingdom on a tense note. In his tweet, sent out early in the morning, the president called Khan a “stone cold loser,” and lamented that the mayor was choosing to focus on Trump, “the most important ally of the United Kingdom,” instead of on crime in London.

The president followed up this outburst with another, in which he compared Khan to New York City Mayor Bill de Blasio, calling both city leaders “dumb and incompetent.” Refusing to go easy on London’s chief official, Trump continued his barrage by calling Khan short. The president then ended his Twitter rampage with the congenial message that he is looking “forward to being a great friend to the United Kingdom, and am looking very much forward to my visit.”

.@SadiqKhan, who by all accounts has done a terrible job as Mayor of London, has been foolishly “nasty” to the visiting President of the United States, by far the most important ally of the United Kingdom. He is a stone cold loser who should focus on crime in London, not me……

….Kahn reminds me very much of our very dumb and incompetent Mayor of NYC, de Blasio, who has also done a terrible job – only half his height. In any event, I look forward to being a great friend to the United Kingdom, and am looking very much forward to my visit. Landing now!

Trump’s harsh remarks come after Khan wrote a passionate op-ed in The Guardian on Sunday, attacking Trump and claiming that the U.K. was on the “wrong side of history” with regards to the president’s visit. In his piece, the London mayor urged Prime Minister Theresa May to “issue a powerful rejection – not of the U.S. as a country or the office of the presidency, but of Trump and the far-right agenda he embodies.” Khan also recommended that May “should say that the citizens of the U.K. and the U.S. agree on many things, but that Trump’s views are incompatible with British values.”

With Brexit and May’s resignation throwing Britain into even more turmoil than it has been in before, Trump has attempted to toss his weight around in the country, bringing with him his usual storm of controversy. Not only is the president supporting Boris Johnson, the hardline Brexiteer, for Prime Minister, but Trump also called Meghan Markle, the Duchess of Sussex and the first American member of the royal family, “nasty.”