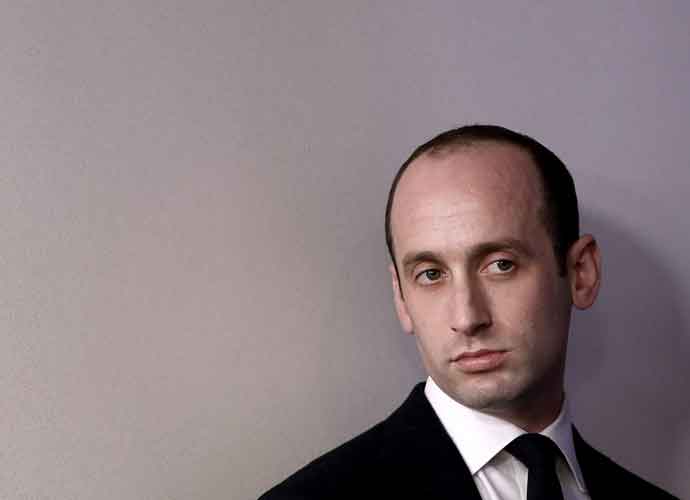 Miller’s wedding took place at one of Trump’s hotels, just blocks from the White House. He had been engaged to Katie Waldman, Vice President Mike Pence‘s press secretary.

Miller is a Trump loyalist, being one of the few original staffers from 2016 still remaining in the White House. He has helped shape the Trump administration’s immigration policies, which have culminated in the infamous Muslim ban and family separation policy at the Mexican border.

Waldman also has ties to policies regarding illegal immigration at the Mexican border, as she previously served as a spokesperson for the Department of Homeland Security.

Real Clear News reporter Philip Wegmann said Trump joked that Miller was the only person who could have a wedding in the middle of Presidents’ Day weekend.

“He is the only one who could have a damn wedding in the middle of Presidents’ Day weekend. I’m sure it didn’t affect anybody here,” Trump reportedly said.

Quotes from audio @RealClearNews obtained of @realDonaldTrump‘s remarks at Stephen Miller wedding: “He is the only one who could have a damn wedding in the middle of Presidents’ Day weekend. I’m sure it didn’t affect anybody here.” pic.twitter.com/NczQt8Iz17