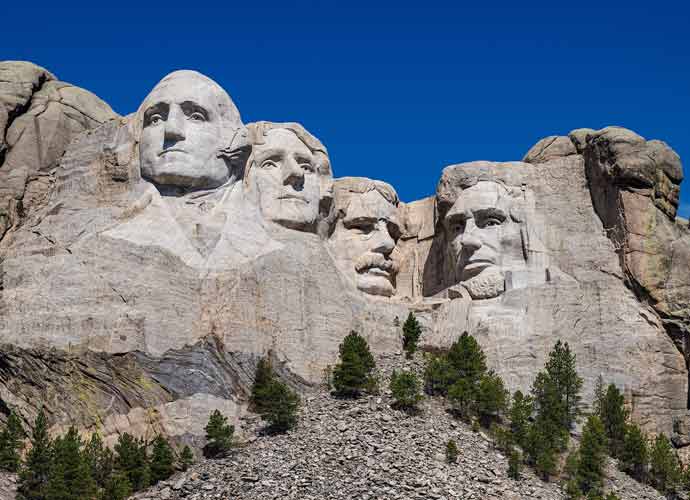 Trump Asked S.D. Gov. Kristi Noem How He Could Get His Face On Mount Rushmore

President Donald Trump asked South Dakota Gov. Kristi Noem (R) last year about how he could get his face chiseled onto Mount Rushmore along with great American presidents.

Noem responded by giving Trump a replica of Mount Rushmore with his face in it. She gave him the gift when he came to her state for an Independence Day speech in front of the monument in July.

In 2018, Noem revealed that Trump told her that it was his dream to have his face on Mount Rushmore. She also noted that Trump didn’t seem like he is joking.

“He said, ‘Kristi, come on over here. Shake my hand.’ I shook his hand, and I said, ‘Mr. President, you should come to South Dakota sometime. We have Mount Rushmore.’ And he goes, ‘Do you know it’s my dream to have my face on Mount Rushmore?’ I started laughing. He wasn’t laughing, so he was totally serious,'” Noem said during an interview with Argus Leader.

The New York Times has reported that a rumor circulated in the White House that Noem is trying to replace Vice President Mike Pence as Trump’s running mate in the November election.

The newspaper has also cited a source that said Noem has already made it clear to Pence that she isn’t after his position.