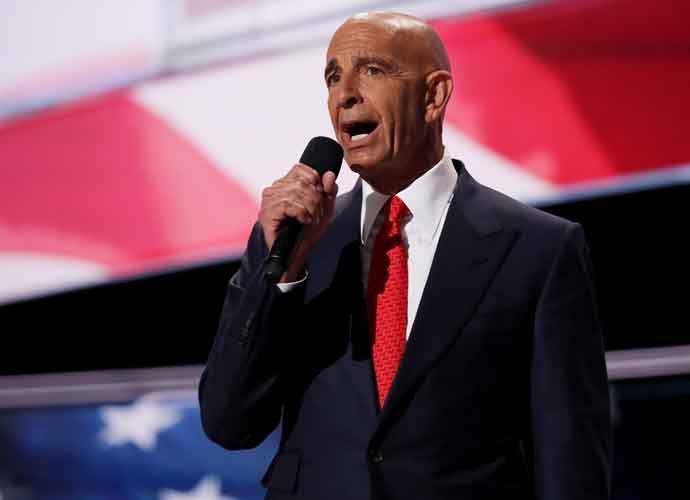 Tom Barrack, an investor and a long-time ally of former President Donald Trump who now faces federal charges of illegal lobbying to advance the interests of the United Arab Emirates, was ordered to be released from jail on bail Friday after prosecutors and his legal team reached an agreement to secure a $250 million bond.

The judge also mandated Barrack to wear a bracelet GPS location monitoring bracelet, banned him from wiring any money abroad and limited his travel to New York and parts of Southern California until the trial.

According to the indictment released on Tuesday, Barrack and two others – Matthew Grimes and Rashid Sultan Rashid Al Malik Alshahhi – acted as agents of the UAE between April 2016 and April 2018. Barrack was a top Trump fundraiser in the 2016 presidential campaign and the chairman of the presidential inaugural committee.

Tuesday’s indictment charges that Barrack made “unlawful efforts to advance the interests of the United Arab Emirates (UAE) in the United States at the direction of senior UAE officials.”

Matt Herrington, Barrack’s attorney, said both his side and the prosecutors “moved great mountains” on the bail package.

“We have moved great mountains to ensure that Mr. Barrack is able to get out before the weekend so he can get to New York and appear for his arraignment on Monday,” Herrington said during a hearing before Judge Patricia Donohue.

Grimes, a 27-year-old co-defendant, was released on a $5 million bond. Both the defendants have did not appear in court Friday after waiving their right to appear.