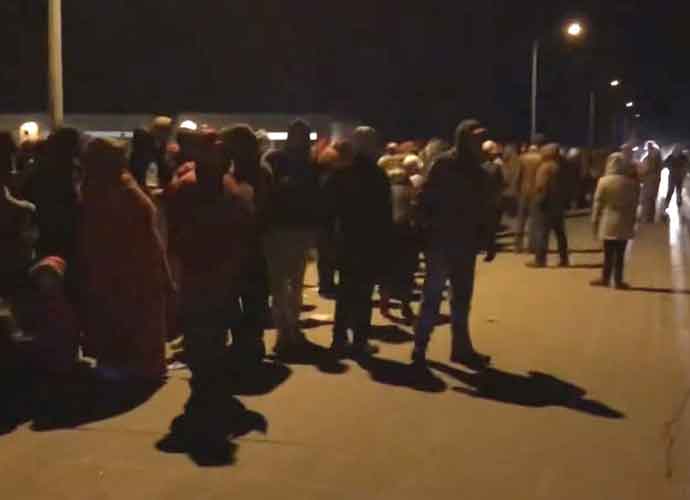 President Donald Trump held a campaign rally in Omaha, Nebraska on Tuesday, but after attendees were bused to an airfield for the rally, they were left stranded in the cold and had to walk up to four miles back to their cars.

“President Trump took off in Air Force One 1 hr 20 minutes ago, but thousands of his supporters remain stranded on a dark road outside the rally,” tweeted CNN reporter Jeff Zeleny, who attended the event. “It’s hundreds and hundreds of people who came on buses-forced to park miles away-who were stranded.”

The Make America Great Again (MAGA) rally saw thousands of people trying to get in, but the parking lot was full by 6 p.m., according to Omaha Police. By 9 p.m., the event had ended, but the shuttles that brought them to the rally did not come back for them, leaving many with a 3.7 mile walk in the cold back to their cars.

Finding their vehicles was only the beginning of rally attendees’ problems; it was the Nebraska cold, around 30 degrees, that made the challenge even greater.

“Waterloo Medic 811 enroute to Lil’ Creignton Code 2 with a 68 y/o male whose initial complaint was possible hypothermia and altered mental status. He is alert and oriented and shivering,” said the Omaha Scanner. “One officer advising 8 to 9 elderly people who are struggling. Separate officer advising they have located an elderly party who is frozen cold unable to move with an altered mental status.”

By 11 p.m., there were still several thousand people who had not left the venue, two hours after the event ended. The parking lots were not cleared completely until 1 a.m.

“If you aren’t paying attention to this absolute s**show in Omaha in the wake of Trump’s rally, you should be,” tweeted Rex Huppke, reporter for the Chicago Tribune. “They bused supporters in then effectively left them to walk several miles in the cold back to their cars. Several taken to the hospital. This is Trump in a nutshell.”

Nebraska was won by Trump in 2016 by 25 points, but the has a single congressional district that is likely to support Biden.