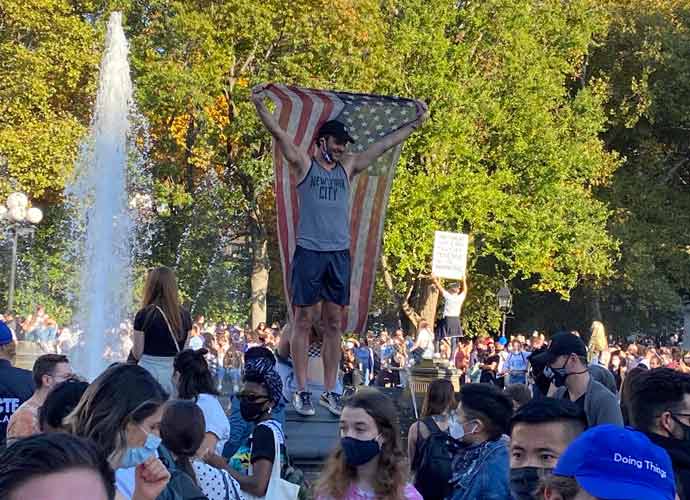 Following the news that Joe Biden officially defeated President Donald Trump in the 2020 presidential election, thousands of Americans poured into the streets to celebrate the victory. People were singing, cheering, screaming, dancing and blasting car horns all across the nation after the election was called at 11:25 a.m. Saturday.

In Washington D.C., crowds of Biden supporters gathered at the Black Lives Matter Plaza outside the White House. People were seen spraying each other with champagne and cars honked their horns in excitement.

In Atlanta, residents who had gathered for a Count Every Vote Rally in Freedom Park exploded in cheers and celebrations upon hearing the news.

In Los Angeles, supporters banged pots and set off fireworks to celebrate.

In Biden’s home town of Scranton, Pennsylvania, dozens gathered outside his old home on a tree-lined street to take selfies and honk car horns.

“I’m feeling relieved,” said one woman in Times Square. “I’m feeling like America made the right decision, and that we’ll be back to the foundation of America, which is equality, coming together and just being the best that we can always be.”