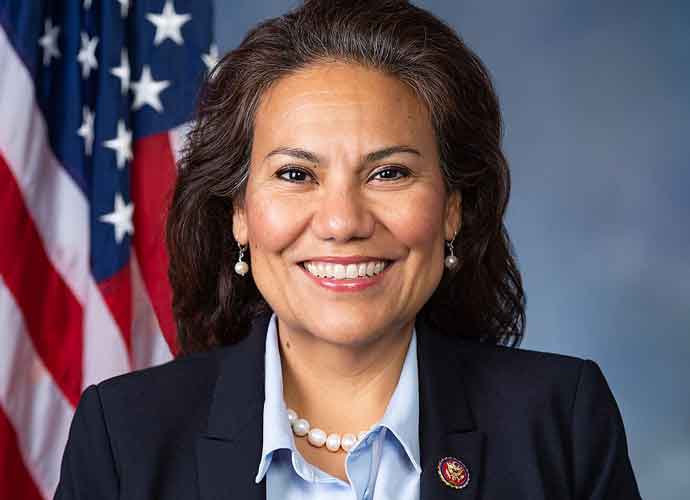 In a thread of tweets Rep. Veronica Escobar (D-Texas) said that she will not be meeting with President Donald Trump when he visits El Paso on Wednesday. One tweet read, “I declined the invitation because I refuse to be an accessory to his visit. I refuse to join without a dialogue about the pain his racist and hateful words & actions have caused our community and country.”

I was told that @realDonaldTrump is “too busy” to have that conversation.

I declined the invitation because I refuse to be an accessory to his visit. I refuse to join without a dialogue about the pain his racist and hateful words & actions have caused our community and country.

Trump is visiting the city after a domestic terrorist killed 22 people in a Walmart on Saturday. It is believed that the shooters racist manifesto is linked with Trump’s xenophoic rhetoric.

In her tweets, Escobar said that the president has to understand the power of his words and should take responsibility for them. Escobar tweeted that she had requested a phone call with the president but was told he was “too busy” and subsequently declined meeting with him in Texas.

The White House invited me to join @realDonaldTrump during his visit to El Paso. My response was clear. I requested a phone call with him today in order to share what I have now heard from many constituents, including some who are victims of Saturday’s attack.

2020 hopeful Rep. Beto O’Rourke (D-Texas) has also advised Trump to steer clear of El Paso. He told CBS that the president “not only tolerates, but invites the kind of racism and hatred that… changes who we are as a country and produces the kind of violence that we saw in El Paso.”

O’Rourke thanked Escobar in a tweet saying, “Thank you for your leadership.”

Thank you for your leadership, @RepEscobar. When President Trump comes to El Paso tomorrow, I will be joining our strong, beautiful, binational community at #ElPasoStrong. I hope to see you there. https://t.co/kAkNhaSoMk https://t.co/NXqRqUjiSf