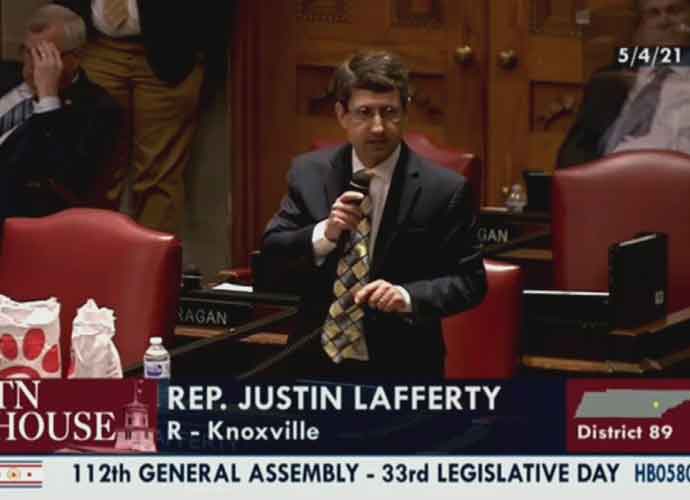 Tennessee State Rep. Justin Lefferty (R) argued on his state’s House floor Tuesday that the U.S. Constitution’s “three-fifths compromise” should be hailed as a positive, but “bitter” piece of United States history. Lefferty made the comment during a debate on whether or not Tennessee would adopt Critical Race Theory education into public schools.

“I’ve sat here praying for about five or 10 minutes about how I’m going to try and address the body in this issue. Still not sure I have the answer, but if you guys will bear with me, I’ll see where it takes us,” Lafferty said.

TN State Rep. Justin Lafferty (R) claims the three-fifths compromise — counting Black people as less than a person — was included in the Constitution "for the purpose of ending slavery." pic.twitter.com/A6OpfRIwMd

Lafferty claimed that the compromise, which said that an enslaved person would count as three-fifths of a person in Census results to determine local taxation and Congressional representation, was intended to curb slavery “well before Abraham Lincoln. Well before Civil War,” then saying it “was a direct effort to ensure that southern states never got the population necessary to continue the practice of slavery everywhere else in the country” because state representatives were determined off such census counts.

“I don’t hear that anywhere in this conversation across the country. I don’t know how we’ve gotten here. I don’t know what we do about it, but talking about changing our history — changing is not the right word — talking about incorporating another view of history, while ignoring the very writings that we have access to is no way to go about it,” Lafferty said to applause from the chamber.

“I thought it was horrible,” said Antonio Parkinson, chairman of the Black Caucus of the Tennessee House. “I don’t care if it’s policy or how you’re counting heads, there is nothing good about slavery.”

Smith & Wesson To Move Headquarters From Massachusetts To Tennessee