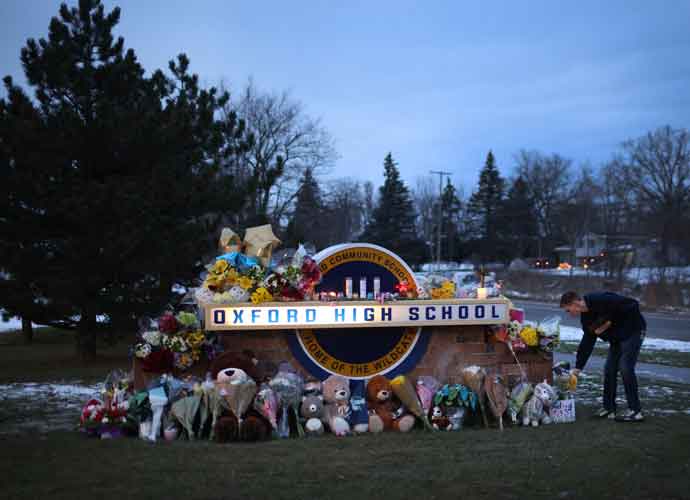 An as-yet-unnamed 15-year-old sophomore brought a nine-millimeter semi-automatic Sig Sauer pistol into Oxford High School in the Detriot, Michigan suburb of Oxford Township shortly before 1:00 p.m. on Tuesday and carried out what would become the deadliest school shooting of the year.

One 47-year-old teacher along with 10 students was hit.

As he roamed the corridors, the suspect, who fired between 15 and 20 rounds, pretended to be a deputy with the sheriff’s office, witnesses and police say.

When emergency responders arrived on the scene, the suspect “gave up without any problems,” Oakland County Undersheriff Michael McCabe said after the teen was taken into custody, however, the boy’s parents have so far refused to let police question their son, who invoked his right to have an attorney present during interrogation.

In the hours after the massacre, Sheriff Michael Bouchard revealed that the weapon – which still had seven rounds in the chamber when the perpetrator was arrested – had been purchased by the assailant’s father on Friday, November 26. Investigators subsequently discovered and removed a trove of weapons from the family’s home while executing a search warrant.

“This is a uniquely American problem that we need to address,” said Gov. Gretchen Whitmer (D).

A memorial service was held late Tuesday night by members of the community whose lives were shattered by an act of savagery that was, sadly, not unforeseen.

Last month, whispers percolated among students about potential threats of violence based on posts they saw on social media – including pictures of the gun used in the attack that was shared by the suspected killer – which prompted school administrators to send a letter to parents assuring them that their children’s fears were overblown and unfounded.

“We are aware of the numerous rumors that have been circulating throughout our building this week. We understand that has created some concern for students and parents,” states the letter. “Please know that we have reviewed every concern shared with us and investigated all information provided. Some rumors have evolved from an incident last week, while others do not appear to have any connection. Student interpretations of social media posts and false information have exacerbated the overall concern. We want our parents and students to know there has been no threat to our building nor our students.”