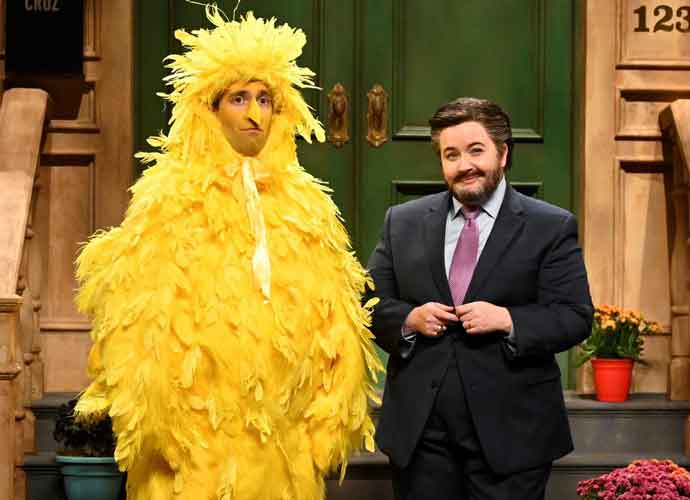 Last week, United States Sen. Ted Cruz (R-Texas) had a meltdown on Twitter after Sesame Street character Big Bird announced that he had been vaccinated against COVID-19.

“I got the COVID-19 vaccine today! My wing is feeling a little sore, but it’ll give my body an extra protective boost that keeps me and others healthy,” wrote Big Bird. “Ms. Erica R Hill even said I’ve been getting vaccines since I was a little bird. I had no idea!”

I got the COVID-19 vaccine today! My wing is feeling a little sore, but it'll give my body an extra protective boost that keeps me and others healthy.

Ms. @EricaRHill even said I’ve been getting vaccines since I was a little bird. I had no idea!

In response, Cruz accused Big Bird of spreading “Government propaganda… for your 5-year-old!”

This weekend, Saturday Night Live dedicated its cold open to ridicule Cruz for his attack on a fictional bird.

The skit took place on the set of a make-believe right-wing version of Sesame Street called Cruz Street on “Newsmax Kids,” where the senator – portrayed by Aidy Bryant – was joined by Cecily Strong as Rep. Marjorie Taylor Greene (R-Georgia) and Pete Davidson as podcaster Joe Rogan, who in real life have become notorious peddlers of vaccine misinformation and fearmongering.

“Hello, I’m Texas senator and the last one invited to Thanksgiving, Ted Cruz. Ya know, for 50 years, I stood by as Sesame Street taught our children dangerous ideas like numbers and kindness. But when Big Bird told children to get vaccinated against a deadly disease, I said, ‘enough,’ and I created my own Sesame Street called Cruz Street. It’s a gated community where kids are safe from the woke government,” said the fake Cruz, who then summoned “kids” to sing a parody of the Sesame Street theme song.

“Cruzy days. Sweeping the libs away. And he hopes you’ll say that his beard looks sweet,” they sung.

“Grab an eagle and a gun,” Cruz added before they all join in unison, “bring that gun to Cruz Street.”

Make-believe Greene entered wielding an AR-15 to say that “today’s episode is brought to you by Q, not the letter, the man,” referring to QAnon. “He will tell us that JFK Jr., who is alive, will reveal himself and help President Trump reclaim his rightful throne.”

Cruz giddily said that “everything about that sounds right. Thanks Marjorie!” and summoned Big Bird, who was played by cast member Kyle Mooney, to recall the trauma he experienced following his vaccination.

Cruz then told Big Bird that he had “read online that you can take a bath in Borax and that will cleanse you of any nanotechnologies.”

Watch the skit below: