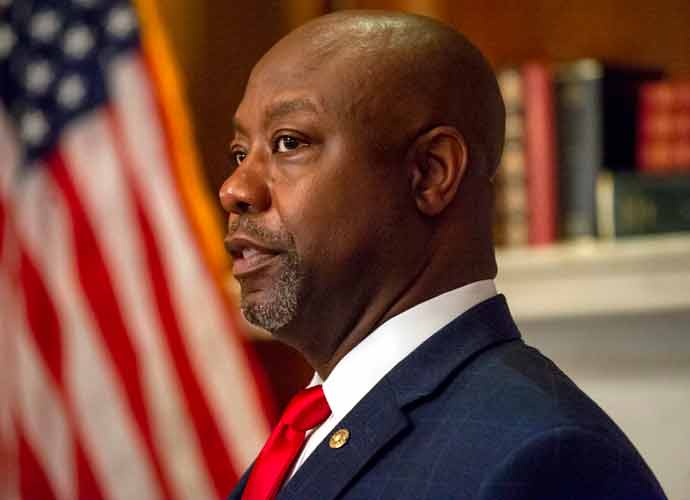 WASHINGTON, DC - SEPTEMBER 29: U.S. Sen. Tim Scott (R-SC) poses before a meeting with Seventh Circuit Court Judge Amy Coney Barrett, President's Trump's pick for the Supreme Court, in the Mansfield Room of the U.S. Capitol on September 29, 2020 in Washington, DC. Barrett is meeting with senators ahead of her confirmation hearing on October 12, less than a month before the general election. (Photo by Bonnie Cash-Pool/Getty Images)

“As Sen. Scott likes to say, he is living his mother’s American dream, and he has dedicated his career to creating more opportunity for our fellow citizens who need it most,” McConnell said. “Nobody is better at communicating why far-left policies fail working Americans.”

Scott put out a statement about the upcoming response. “We face serious challenges on multiple fronts, but I am as confident as I have ever been in the promise and potential of America,” he said. “I look forward to having an honest conversation with the American people and sharing Republicans’ optimistic vision for expanding opportunity and empowering working families.”

While delivering the GOP response is certainly a high honor for the 55-year-old senator, the role is one that comes with its downsides too, such as heightened attention and scrutiny in the public eye.

Scott has said that the upcoming 2022 election cycle will be his last race, so he likely has little to lose politically.