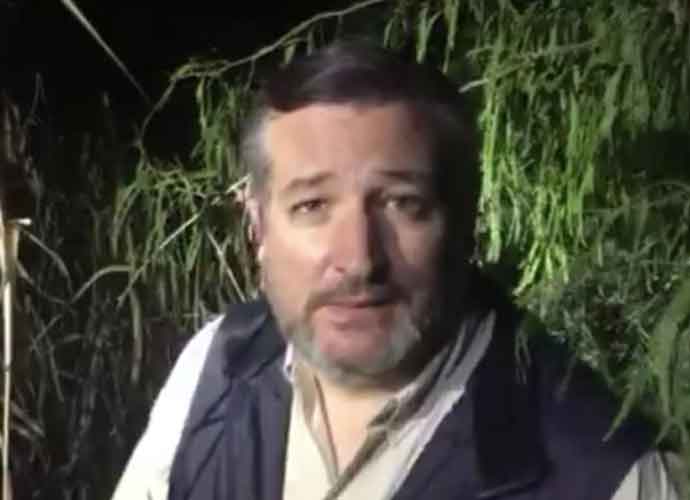 Sen. Ted Cruz (R-Texas) is being slammed on social media for his new series of documentary-style videos of himself and other Republican Senators visiting the southern border. Cruz draws an exceedingly dramatic image of life on the border including heckling from cartel members and dead bodies floating down the Rio Grande. Cruz’s comments, however, are undercut by the reality that the current number of migrants crossing the southern border is about the same as in past years.

Live footage from the banks of the Rio Grande.#BidenBorderCrisis pic.twitter.com/aO4EyANrRQ

Cruz was quickly criticized by Beto O’Rourke, his Democratic opponent in 2018, who responded, “If you’re looking for a crisis to cosplay Senator for, I’m happy to point you in the right direction.”

Others compared the senator’s odd background to movies like Jurassic Park.

is this the part where the velociraptor comes out and eats him https://t.co/aNpvh1VuxE

Ted Cruz is going to get to Cancun by any means necessary pic.twitter.com/aZjNhkR4jn