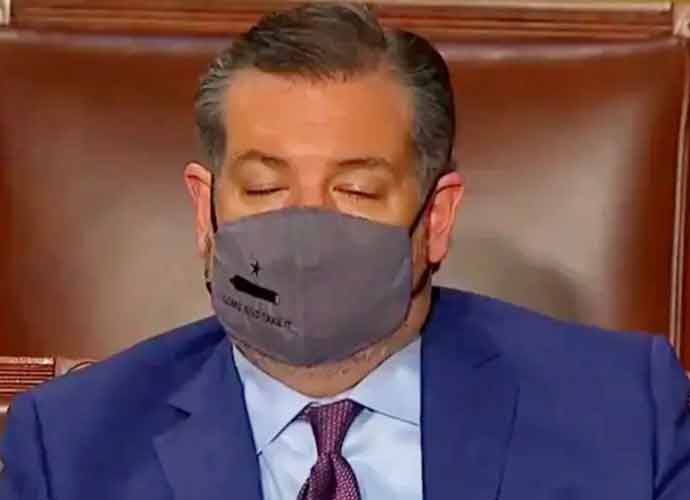 During Joe Biden‘s first address to Congress on Wednesday, Sen. Ted Cruz (R-Texas) was caught nodding off, calling the president’s speech “monotone” and “boring but radical” shortly after.

“Joe is deliberately being boring,” Cruz told Fox News, “but the substance of what he’s saying is radical.”

The Texas senator’s eyes started to close about one hour into the address where Biden talked about his administration’s plans to reform immigration.

The topic of immigration has been promoted by Cruz, as he has railed against how Biden is handling the surge of immigrants crossing the U.S.-Mexico border.

“If you actually want to solve a problem, I’ve sent a bill. Take a close look at it,” Biden said on the matter.

Although Biden did reference immigration in his speech, Cruz seemed to have missed that part.

“He provided zero solutions to the crisis at the border that he caused, he pretended it didn’t exist,” Cruz said on Fox News.

Social media quickly jumped on the chance to mock Cruz for falling asleep, some users claiming he was “dreaming of Cancun,” a trip he took to Mexico when Texas was going through a power crisis back in February.

Joe Biden is deliberately being boring, but the substance of what he is saying is radical. #BoringButRadical pic.twitter.com/37YS701pyn