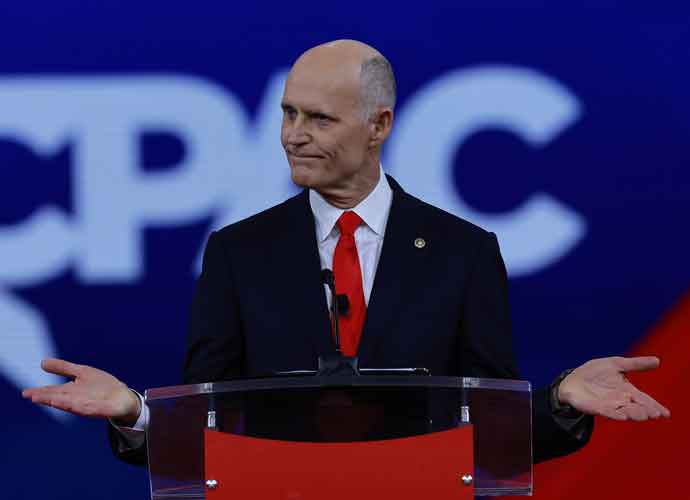 ORLANDO, FLORIDA - FEBRUARY 26: Sen. Rick Scott (R-FL) speaks during the Conservative Political Action Conference (CPAC) being held at The Rosen Shingle Creek on February 26, 2022 in Orlando, Florida. Former U.S. President Donald Trump is scheduled to speak this evening at CPAC, which began in 1974, as an annual political conference attended by conservative activists and elected officials. (Photo by Joe Raedle/Getty Images)

“Let’s be honest here,” the senator wrote. “Joe Biden is unwell. He’s unfit for office. He’s incoherent, incapacitated and confused. He doesn’t know where he is half the time. He’s incapable of leading and he’s incapable of carrying out his duties. Period. Everyone knows it. No one is willing to say it. But we have to, for the sake of the country. Joe Biden can’t do the job.”

“It’s simple. The most effective thing Joe Biden can do to solve the inflation crisis he created is resign. He’s the problem. Getting him out of office is a quick and easy solution,” Scott added.

If Biden wants to actually fix the inflation crisis he created, he should resign. https://t.co/KqrCqgheI2

The President responded to Scott’s statements in a press conference later on Tuesday.

“I think the man has a problem,” he said, blaming Scott and other Republicans for the gridlock in Congress. He accused them of slowing down progress to create frustration to eventually pass an “ultra-MAGA agenda” if they gain control of Congress in the upcoming election.