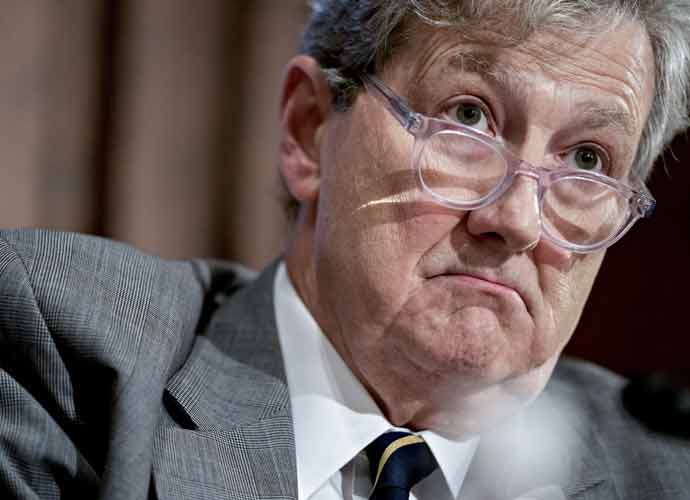 Senator John Kennedy, a Republican from Louisiana, pauses while questioning witnesses during a Senate Banking Committee hearing in Washington, D.C., U.S., on Tuesday, Aug. 21, 2018. The hearing was titled Russia Sanctions: Current Effectiveness and Potential for Next Steps. Photographer: Andrew Harrer/Bloomberg via Getty Images

While questioning Omarova, Kennedy asked Omarova if she had been a part of the Communist Youth Organization when she lived in Kazakhstan. Omarova responded by saying that practically every child in the Soviet Union was a member of this organization.

She said: “That was a part of normal progress in school.”

Kennedy responded by asking: “Have you resigned? Did you send them a letter resigning?”

Omarova affirmed that her membership was “many, many years ago,” and that, after a certain age, one automatically stops being a member of this organization, per former Soviet laws.

Kennedy replied: “I don’t mean any disrespect. I don’t know whether to call you ‘professor’ or ‘comrade.’ ”

Omarova asserted: “Senator, I am not a Communist. I do not subscribe to that ideology. I could not choose where I was born. I would never knowingly join any such [Communist] group. There is no record of me ever actually participating in any Marxist or Communist discussions of any kind. My family suffered under the Communist regime. I grew up without knowing half of my family. My grandmother herself escaped death twice under the Stalin regime. This is what’s seared in my mind. That’s who I am. I remember that history. I came to this country. I am proud to be an American. And this is why I’m here today, Senator. I’m here today because I’m ready for public service.”

Omarova, Wall Street critic and professor at Cornell Law School, moved to the U.S. in 1991 and became an American citizen in 2005. She previously worked within the Department of Treasury during the George W. Bush administration.