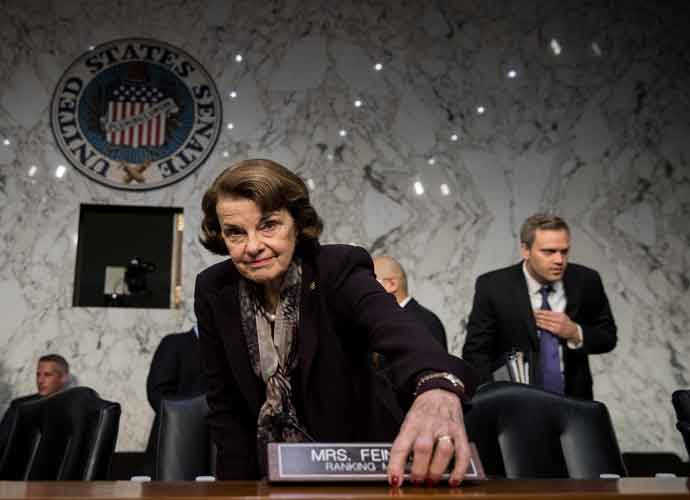 Colleagues of longtime Sen. Dianne Feinstein (D-California) are concerned that she is showing increasing signs of cognitive decline.

Four Congresspeople from California told the San Francisco Chronicle about instances where they have had to reintroduce themselves to the senior Senator, who is 88-years-old, multiple times and participate in circular conversations. On good days, she is sharp and capable, but on bad days, she does not seem to recognize people she has worked with for years, they said.

“I have worked with her for a long time and long enough to know what she was like just a few years ago: always in command, always in charge, on top of the details, basically couldn’t resist a conversation where she was driving some bill or some idea. All of that is gone,” said one of the members of Congress. “She was an intellectual and political force not that long ago, and that’s why my encounter with her was so jarring. Because there was just no trace of that.”

Reports claim that the Senator relies heavily on her staffers to do most of her work for her.

After her husband died in late February, she told the press on March 28 that she was still up for the task.

“The last year has been extremely painful and distracting for me, flying back and forth to visit my dying husband who passed just a few weeks ago,” she said. “But there’s no question I’m still serving and delivering for the people of California, and I’ll put my record up against anyone’s.”

Due to the respect Feinstein has garnered over the years, her colleagues are reluctant to speak out about her health issues, but they said that it would be best if someone could convince her to step down before her term is up at the end of 2024. She represents 40 million California residents.

Other colleagues, like Speaker of the House Nancy Pelosi (D-California), have defended Feinstein. Pelosi said that she had not noticed any signs of cognitive decline.

“It shouldn’t end this way for her. She deserves better,” a California Democratic member of Congress told The Chronicle. “Those who think that they are serving her or honoring her by sweeping all of this under the rug are doing her an enormous disservice.”

Feinstein has served as a member of the U.S. Senate since 1992. Before that, she became one of California’s most prominent politicians in a decade-long stint as the mayor of San Francisco.