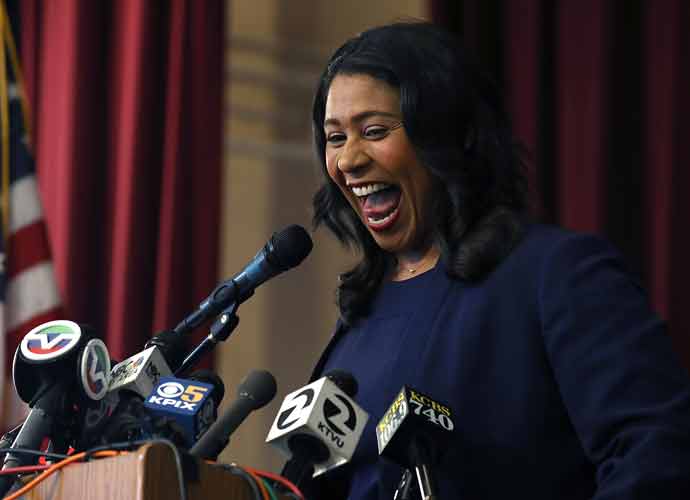 Seventy-two percent of voters agreed that school board president Gabriela Lopez, commissioner Faauuga Moliga and commissioner Alison M. Collins should be removed from the seven-member panel.

San Francisco Mayor London Breed, who is a Democrat, supported the recall and said last year that the board’s priorities were “severely misplaced.”

Last January, the board spent time discussing a plan to rename 44 schools.

Breed, along with others across the country could not understand “why the school board is advancing a plan to have all these schools renamed by April when there isn’t a plan to have our kids back in the classroom by then.”

“During such a difficult time, the decisions we make for our children will have long-term impacts,” Breed wrote on Facebook. “That is why it is so important to have leadership that will tackle these challenges head-on, and not get distracted by unnecessary influences or political agendas.”

Collins had the largest number of voters supporting her removal at 78%. She previously sued the district after they voted to remove her as the panel’s vice president after anti-Asian tweets that she had written years ago surfaced. She sued for $80 million in damages, but the suit was dismissed.

Some people are unhappy about the recall. They see it as an effort to push left-leaning voices out. One organization, the San Francisco Berniecrats, compared the recall to conservatives’ effort to remove California Gov. Gavin Newsom, who is a Democrat.

“These two recalls have one thing in common: they are attempts to short-circuit the democratic process with big money,” the group said. “Across the country, right-wingers are attacking school boards; over half of the signatures to qualify for the ballot were gathered by people paid as much as $22 per signature, many of whom came from out of state.”

Breed will be in charge of selecting three new individuals to fill out the panel.