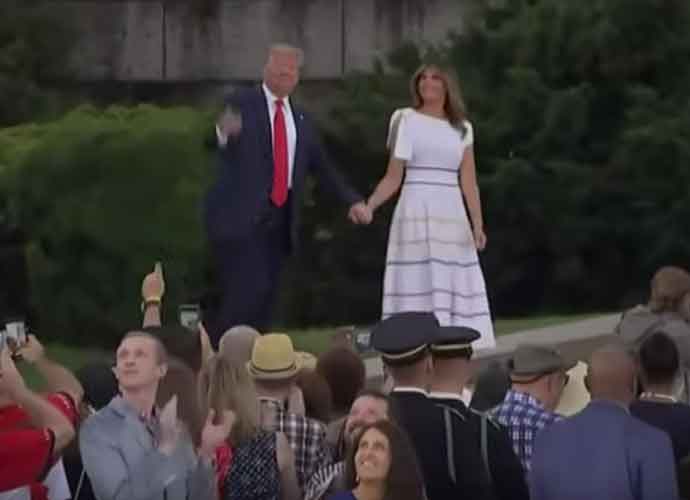 Russian state run media poked fun at Donald Trump‘s “Salute to America” 4th of July event for not being the celebration of military strength that was promised.

Trump tweeted Thursday that his Independence Day celebration was shaping up to be “one of the biggest celebrations in the history of our Country.” Russian media seemed to disagree and found the parade to be laughable.

The popular Russian media shows 24 and 60 Minutes mocked the parade for lack of flare and only having two tanks. “Their paint is peeling, their uniforms are wrinkled! Trump should have asked our Defense Ministry to teach them how to organize military parades,” said one of the shows hosts according to Russian media analyst Julia Davis.

#Russia's state TV panel laughs at the excitement of @FoxNews anchors gushing about Trump's parade: "Two tanks is all they've got! Their paint is peeling, their uniforms are wrinkled! Trump should have asked our Defense Ministry to teach them how to organize military parades." ©️ pic.twitter.com/6Eaz3kKIfR

“The paint on these vehicles is peeling off. There are no cannons, and their optics have been glued on with adhesive tape,” said Olga Skabeyeva, co-host of the show 60 Minutes. Skabeyeva even tweeted a video of the two older tanks being driven in for the parade suggesting this is what Putin’s America would look like.

The parade, which included all five branches of the military and a land and air performance, will be paid for by the Pentagon with an expected high price tag that the president vowed “will be worth the cost.”