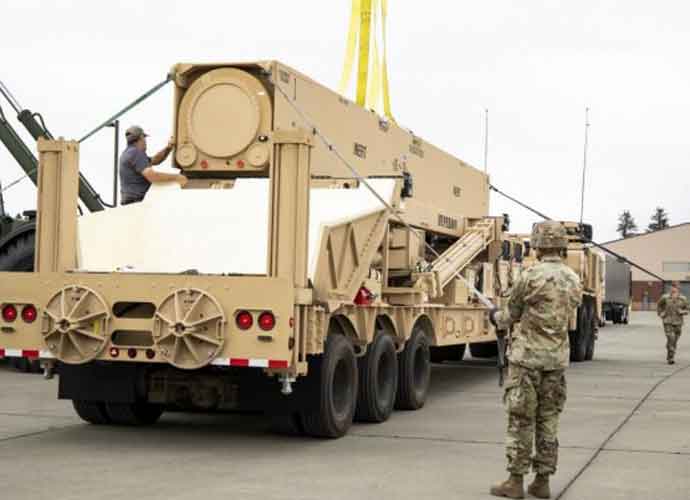 The Kremlin said that used hypersonic missiles over the weekend in their attack on Ukraine, marking the first time the weapons have been deployed in combat.

Hypersonic missiles can carry conventional and nuclear warheads and fly at speeds more than five times faster than the speed of sound. The speed and the fact that they operate on lower angles make them extremely difficult to track and shoot down. They’re also known for maneuverability and can be deployed from 1,240 miles away for their target.

On Saturday, the Kremlin announced that they had used the hypersonic “Kinzhal” weapons to hit a weapons storage facility the day prior.

“25th day of the war. Due to failures in the offensive, RF switched to more destructive artillery – Kinzhal & Bastion systems are used against peaceful cities,” Mykhailo Podoliak, an adviser to Ukrainian President Volodymyr Zelensky, wrote on Twitter.

25th day of the war. Due to failures in the offensive, RF switched to more destructive artillery – Kinzhal & Bastion systems are used against peaceful cities. RF is also panickingly looking for reserves in manpower pulling everything from the Pacific direction & begging the CSTO

“I would not see it as a game changer,” Austin said on Sunday. “I think the reason that he’s resorting to using these types of weapons is that he’s trying to re-establish some momentum.”

So far, the Pentagon has been unable to corroborate Russia’s claims.

“We’re not able to refute it, but we can’t independently confirm it either. It’s not entirely clear. What we would assess is it’s certainly possible,” the official told reporters.

President Zelensky signaled that he is still open to negotiating with Russian President Vladimir Putin.