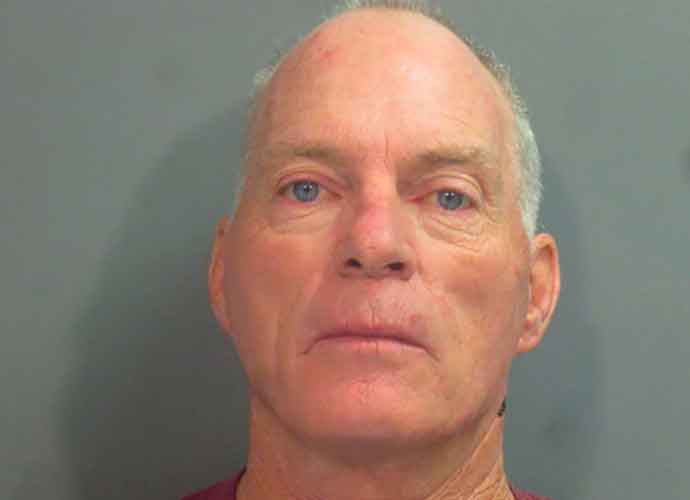 The man pictured resting his foot on Speaker Nancy Pelosi‘s (D-California) desk in a now-viral image of the riot at the U.S. Capitol has been arrested.

Law enforcement officials said they took Richard Barnett, 60, of Arkansas into custody on federal charges of entering and remaining on restricted grounds, violent entry and theft of public property.

Barnett is being held at Washington County Detention Center in Fayetteville, Ark. as he awaits his initial appearance.

Barnett told a New York Times journalist that he took a personalized envelope from her office, but said he paid a quarter for it.

“I left a quarter on her desk,” he said, later adding that he left her a “nasty note” as well.

Barnett is among dozens who have been arrested in the wake of the pro-Trump riot at the Capitol in response to Congress planning to certify the Electoral College results.

At least 41 people who were at the Capitol have been arrested, according to D.C.’s Metropolitan Police.

“Just because you’ve left the DC region you can still expect a knock on the door if we find out you were part of the criminal activity at the Capitol,” said Steven D’Antuono, assistant director of the FBI’s Washington field office. “The FBI is not sparing any resources in this investigation.”