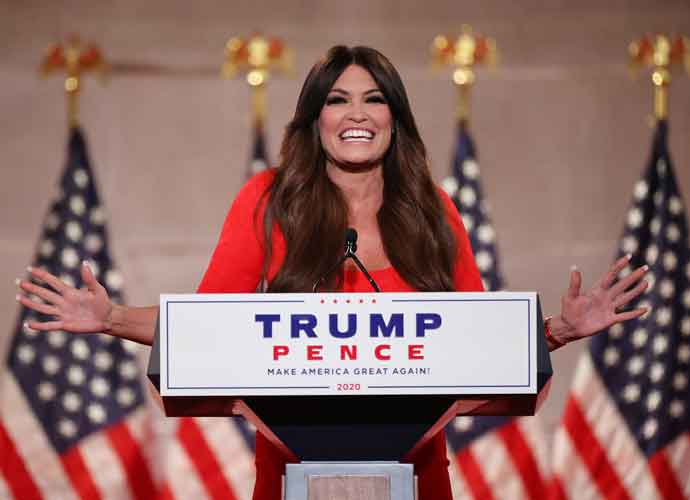 Guilfoyle, who at the time was married to the present Governor of California, Gavin Newsom (D), had been hoping to return to the San Francisco District Attorney’s office.

“The bottom line is she didn’t want me there,” Guilfoyle told the Chronicle in 2003.

Her career was just beginning in 1996 when the newly elected District Attorney brought about a large personnel change, causing Guilfoyle to end up in the Los Angeles District Attorney’s office.

Soon after, Harris was recruited to supervise the San Francisco D.A.’s career criminal unit. After the man who recruited her received a judgeship and left, according to the Chronicle, “Darrell Salomon, a local attorney with his own political connections, became the new No. 2.”

Guilfoyle then proposed to Salomon that she rejoin the San Francisco office, a discussion that Harris reportedly caught on to, prompting her to get her resume from secretarial staff.

Guilfoyle recalled that Harris then phoned her in Los Angeles.

“She called me and said basically that she was on the hiring committee and in charge of the budget for the D.A.’s office, and that I should have gone through her if I wanted to return to the D.A.’s office – and that there was no money to hire me.”

She added that she had already met with Salomon and was told by the office that there was no hiring committee and that Harris was not responsible for that decision.

“You have to understand, I came with an excellent resume,” Guilfoyle said, “and talented women should support other talented women.”

Harris, on the other hand, said she “never discouraged her from joining the office” and said that she only called “to see if she needed any help.”

“I never suggested to her there wasn’t a job for her in the San Francisco D.A.’s office – of that, I’m very clear,” Harris told the Chronicle.

Harris said Guilfoyle is “a great lawyer” and that they “have great rapport and have great respect for each other.

Guilfoyle ended up returning to the San Francisco office and served as Assistant District Attorney from 2000 until 2004.

Both women’s careers have taken off in the 17 years since the Chronicle article was published, with Harris serving as both California Attorney General and senator, and now as the Democratic Vice Presidential nominee. Guilfoyle has evidently migrated out of the Democratic circle she was a part of in 2003, working at Fox News from 2006 to 2018 and currently serves as the chair of the finance committee of the Trump Victory Committee. Divorced from Newsom and her second husband Eric Villency, Guilfoyle is now the girlfriend of the president’s son, Donald Trump Jr.

As a member of the Trump campaign, Guilfoyle has offered harsh criticism of Harris and her policies, a stark contrast from the lukewarm praise she gave the attorney in the early 2000s.

“I spoke in my speech last week [at the Republican National Convention] about the decline of our great American cities due to the failed Biden-Harris policies,” she tweeted Monday, linking to a video of protesters. “These Biden-Harris supporters do not want to see the American Dream become more accessible, they want to see it die.”