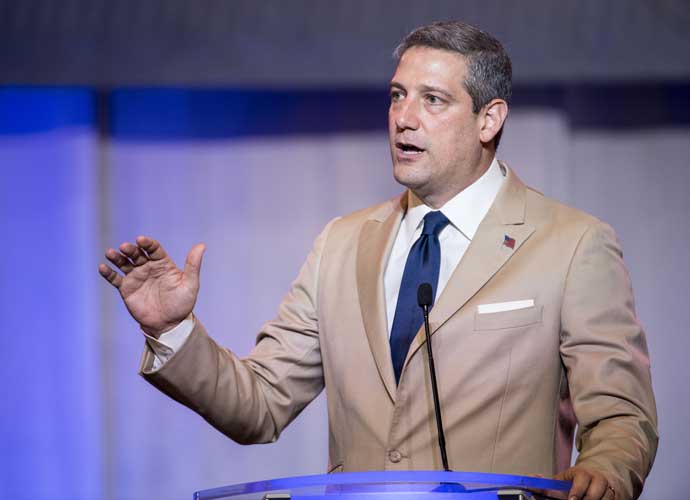 The two argued over the economy, abortion rights and foreign policy as they competed for retiring Sen. Rob Portman‘s (R) seat.

Portman is known to be one of the more moderate voices in the Senate, and Ryan and Vance made a veiled effort to come across as somewhere in the middle as well.

Ryan said President Joe Biden shouldn’t run again in 2024 and criticized Vice President Kamala Harris‘ position on a secure border in an effort to distance himself from big-name Washington Democrats, while Vance reiterated his “pro-life” stance while emphasizing he believes in “reasonable exceptions.”

Some of the exchanges were tense, but most observers say Ryan delivered the far better performance.

In a memorable exchange, Ryan told Vance, “Ohio needs an ass kicker not an ass kisser,” in reference to Donald Trump‘s statement at a rally that Vance loved to “kiss his ass.”

THIS is how to fight the indecency and cowardice of Donald Trump & those who, to quote @TimRyan,
kiss his a$$: https://t.co/phWmFWndvP

In another moment, Vance tried to go on offense.

“I wish that you were the reasonable moderate you said you were,” Vance told Ryan in a contentious moment.

Vance and Ryan are currently tied in the polls.

The two continued to exchange personal and professional digs as the debate went on. Vance called out Ryan for his 20 years in the U.S. House.

“He has been failing at his basic job for 20 years,” Vance said. “Talks a big game but the record of accomplishment just isn’t there.”

Ryan painted Vance as a Silicon Valley venture capitalist who is out of touch with the needs of Ohio citizens.

The tensest moments of the night came as the candidates debated foreign policy, specifically in response to Russian President Vladimir Putin the war in Ukraine.

Ryan said he would call for an “aggressive response” should Russia use nuclear weapons and added that Vance once said he didn’t “really care what happened in Ukraine.”

Vance turned Ryan’s point on him, painting Ryan as a politician who didn’t really have a plan.

“What exactly does that mean?” he asked, referring to Ryan’s promise of an “aggressive response.” “Does that mean we should be in a nuclear shooting war?”