At a time when domestic and international conflict has become the focus of concern for the average American, President Donald Trump suggested in an informal announcement on Oct. 5 that drastic military action may be taken shortly.

During a photo opportunity before a dinner organized to celebrate the “patriotism, selflessness and courage” of senior military figures, Trump stated to the group of reporters that “this represents… the calm before the storm.” When questioned further about the cryptic statement, Trump refused to qualify his comment, only stating that “we have the world’s greatest military people in this room, I will tell you that.”

The White House has also largely refused to comment on Trump’s announcement. Sarah Sanders, White House Press Secretary, could only state that those concerned with the comments will “have to wait and see.” Sander’s justified the White House’s position by claiming that the President did not “want to lay out his game plan for his enemies.”

However, the White House transcript of Trump’s speech may give certain hints towards where the administration is focusing its attention. While Trump did quickly reference the “pressing” national security issues and natural disasters that have been sweeping the country, the main body of the speech discusses “North Korea, Iran, Afghanistan, ISIS, and the revisionist powers that threaten our interests all over the world.”

Perhaps the oncoming “storm” will involve one of these international conflicts, particularly concerning the “tremendous progress” of America’s dealings with ISIS.” However, there is truly no way of knowing until the President himself explains his announcement. 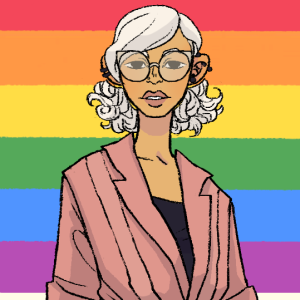