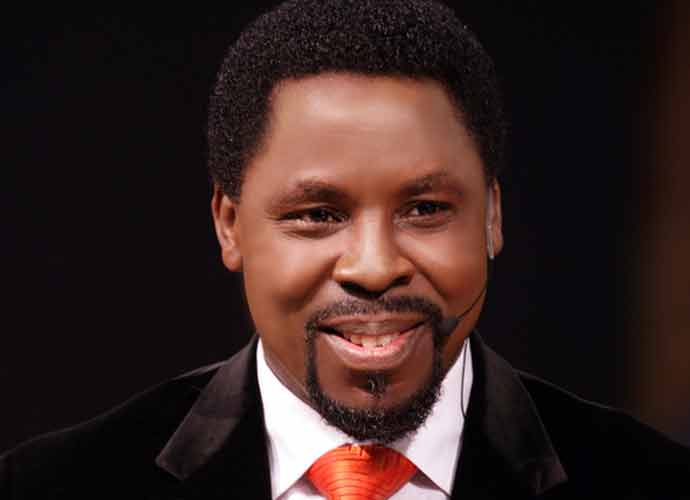 TB Joshua, a popular Nigerian evangelical preacher, was blocked on YouTube after his channel broadcast hate speech about LGBT people, leading him to ask his followers to “pray for YouTube.”

“I got to know what happened to YouTube when I saw the viewers complaining. I want you to help me pray for YouTube. Don’t see them the other way around; see them as friends. We need to be strong,” Joshua said in a sermon posted on the ministry’s Facebook page over the weekend.

Often called “the Prophet,” Joshua has an estimated fortune of between $10 and $15 million and in 2011, he was listed as the third-richest pastor in Nigeria by Forbes.

He currently has millions of followers around the world.

The Synagogue Church of All Nations (SCOAN), Joshua’s Christian megachurch in Lagos, had a YouTube channel with nearly two million subscribers.

The blocking of Joshua’s channel was caused by the complaints of OpenDemocracy, a UK-based media rights group.

The group sent a message to YouTube on April 8 about their concerns with the church’s conversion therapy videos and how it may violate YouTube policies.

“In one video, TB Joshua slapped a woman and her partner whom he called her ‘second’ (partner) at least 16 times,” said Lydia Namubiru, OpenDemocracy’s Africa Editor.

After further investigation, YouTube released a statement on Wednesday, saying that SCOAN’s channel was blocked and taken offline for violating the site’s regulations against hate speech.

Joshua released a statement on Facebook after YouTube’s decision was released.

“We strongly oppose all forms of hate speech!” he wrote in his post. “We have had a long and fruitful relationship with YouTube and believe this decision was made in haste.”

MY RESPONSE TO EMMANUEL TV'S YOUTUBE SUSPENSION:
“Good Morning! I want to salute our viewers all over the world. I got to know what happened to @YouTube when I saw viewers complaining. That is the work of God! It is like honey. Wherever it drops, insects seek and find it." pic.twitter.com/tDKDQPs0a7