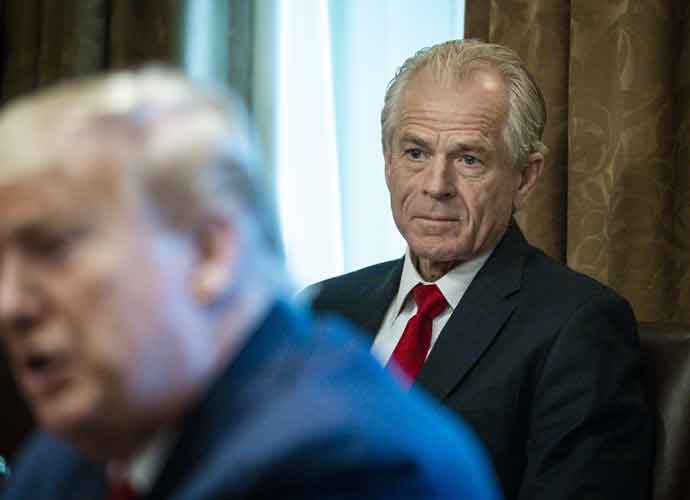 Former Trump adviser Peter Navarro, who is facing contempt of Congress charges, claimed in court that he is at a disadvantage because he doesn’t have a lawyer.

He was arrested at the airport on June 3 after he failed to comply with the House select committee investigating last year’s January 6 Capitol attack. Last week, he announced that he was served with a subpoena, ordering him to appear before a federal grand jury and hand over communications records relating to the Capitol riots.

Navarro said that he won’t be hiring a lawyer because it would cost too much.

“This is going to cost a half a million dollars, from what I’m being told,” Navarro said in an appearance on Fox News on Wednesday. “I’ll be eating dog food if I stay out of jail.”

Following Navarro’s announcement that he will represent himself, Justice Department prosecutors asked for an additional order blocking Navarro from discussing evidence he receives. Navarro has continued to speak with the media about his relationship with former President Donald Trump and involvement in the Capitol attack, though he will not budge on speaking with the committee, claiming executive privilege. He previously said that he would cooperate should Trump waive his executive privilege.

“Clearly, the prosecution’s strategy is to take advantage of an individual without adequate representation,” Navarro wrote in a letter to Judge Amit Mehta. “My very freedom here is at stake and I ask for the court’s understanding that it will take time both to find the appropriate representation and time to develop an appropriate legal strategy.”

If the Justice Department’s request is accepted, Navarro will be limited in what he can say.