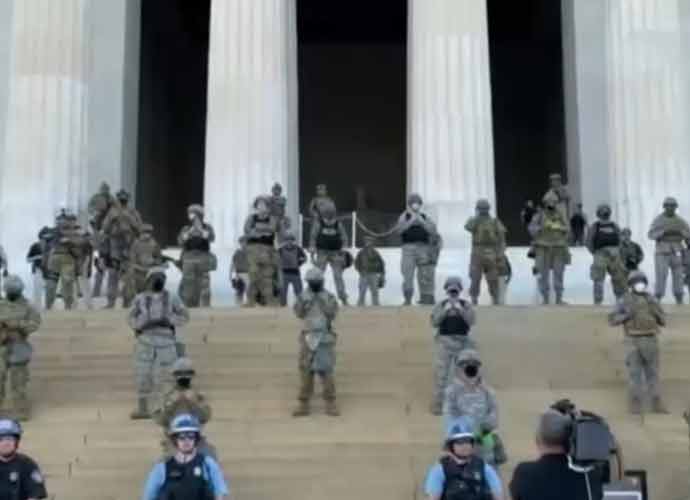 Pentagon has sent 2,800 active military troops to locations outside Washington, D.C. at President Donald Trump‘s order, as he threatened to use the Insurrection Act of 1807 to suppress George Floyd protests.

According to Stars and Stripes, Pentagon officials said the troops are unlikely to enter Washington, unless over 2,000 National Guard troops will need additional aid to control the protesting crowd, alongside the law enforcement present in the capital. More than 20,400 Guard troops were assisting police officers in 28 states, according to National Guard officials.

On Monday, Trump delivered a speech at White House’s Rose Garden, criticizing the work of local governors and their lack of force while handling the protests.

“A number of state and local governors have failed to take necessary action to safeguard their residence.” said Trump, “If the city or state refuses to take the actions that are necessary to defend the life and property of their residence, then I will deploy the United States military and quickly solve the problem for them.”

Trump also added he was dispatching “thousands and thousands of heavily armed soldiers, military personnel, and law enforcement officers” to stop the protests from becoming violent.

In a private phone call, Trump called the governors “a bunch of jerks.” “You’ve got to arrest people,” he said, “you have to track people, you have to put them in jail for 10 years and you’ll never see this stuff again. We’re doing it in Washington, D.C. We’re going to do something that people haven’t seen before.”

Protests sparked across all 50 states after the death of George Floyd, an African American man, who was knelt on during the violent arrest in Minneapolis.