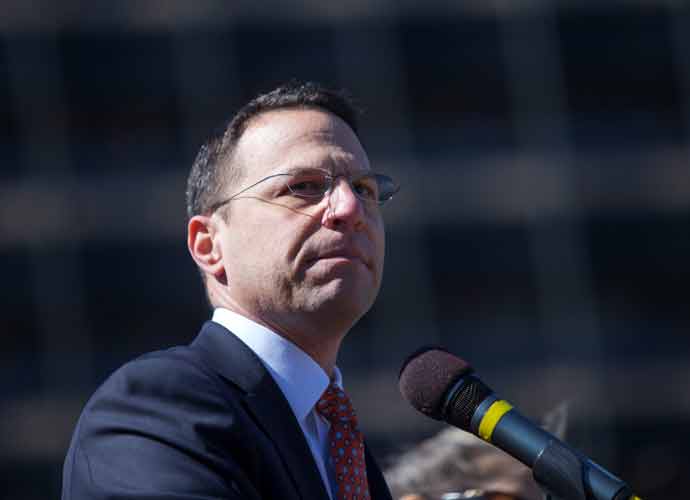 PHILADELPHIA, PA - MARCH 2: Pennsylvania Attorney General Josh Shapiro at a Stand Against Hate rally at Independence Mall on March 2, 2017 in Philadelphia, Pennsylvania. The Jewish Federation of Greater Philadelphia organized the event in hopes of expressing solidarity days after vandalism of the Mt. Carmel cemetery. (Photo by Jessica Kourkounis/Getty Images)

“Pennsylvania, I have been in the game. I’ve taken on the powerful, and I’ve held them accountable, and I’ve gotten real things done for the people,” Shapiro said during the announcement event he held in Pittsburgh. “Now I’m ready to take on the next big fight as your governor, but I know I can’t do it alone.”

In the video announcement, Shapiro stressed that the state is in danger of losing the gubernatorial seat to the Republican candidates who “undermine free and fair elections.”

“Each of us has a responsibility in life to get off the sidelines, get in the game and do our part to make things better,” Shapiro said in his video announcement. “We’re in a critical time in America, here in Pennsylvania, too. Already there are Republicans running for governor who want to lead us down a dark path, undermine free and fair elections, strip away voting rights and permanently divide us. That’s the kind of divisive politics that gets in the way of solving real problems.”

I'm running to be Pennsylvania's next Governor.

The stakes are too high to sit on the sidelines. It's time we all get in the game and fight for our rights, our democracy, our Commonwealth.

This will be one of the closest races in the country — and I need you on my team. Watch: pic.twitter.com/OOERcQ9m2F