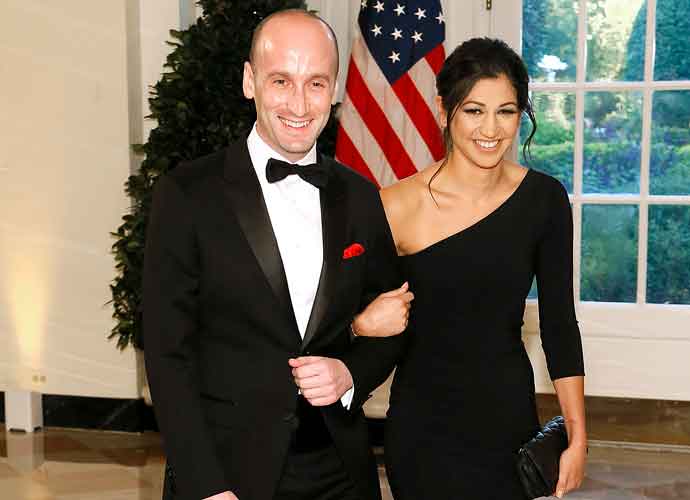 Miller is the second White House staff member to test positive for the virus in a week.

“She’s a wonderful young woman, Katie, she tested very good for a long period of time and then all of a sudden today she tested positive,” Trump said.

The president added that although he had not been in contact with her, Pence had.

She had also been in frequent contact with members of the press. The White House is making coronavirus testing more available for journalists.

The news came after Pence’s trip to Iowa was delayed after people were seen leaving Air Force Two.

A senior administration official told the press that a staffer on board Air Force Two tested negative for the virus on Thursday but tested positive on Friday morning. Although Miller was not on the plane, she was in contact with six people who were scheduled to join the vice president on his trip to Iowa.

Everyone who was removed from the plane tested negative for the virus.

“Thank you all for your prayers and well wishes,” Miller wrote. “I’m doing well and look forward to getting back to work for the American people.”

Thank you all for your prayers and well wishes. I’m doing well and look forward to getting back to work for the American people. 🇺🇸