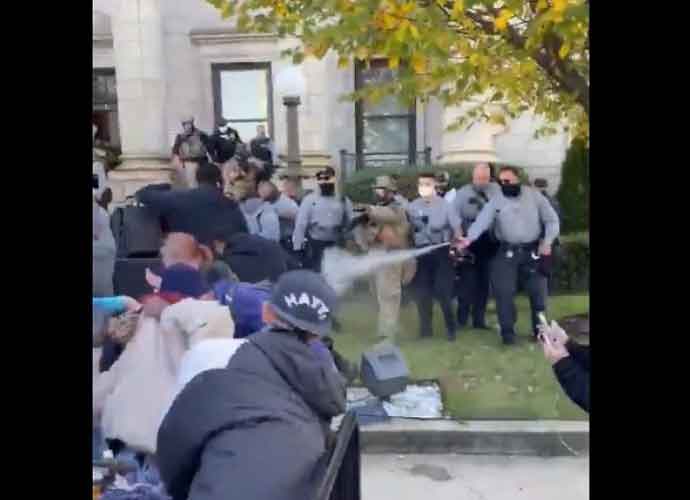 In North Carolina, Alamance County sheriffs pepper-sprayed peaceful protestors who were participating in the “I Am Change” march to the polls on Sunday.

Approximately 200 people walked from Wayman’s AME Church to Court Square with a police escort and eventually held a rally encouraging people to vote.

The marchers held a moment of silence in the streets in honor of George Floyd, a black man who was killed while being arrested by police during the summer.

When law enforcement instructed the marchers to step toward the sidewalk, they began pepper-spraying the crowd and arrested several people.

Among the pepper-sprayed crowd were a 5-year-old and 11-year-old. Both children ran off and threw up.

Here's some additional footage from the Graham, NC March to the Polls where police pepper sprayed multiple participants—including young children &, as seen here, members of the Voter Protection Legal Team. This was sent to me by a member of that team who was subsequently arrested pic.twitter.com/LGvPJGwo9C