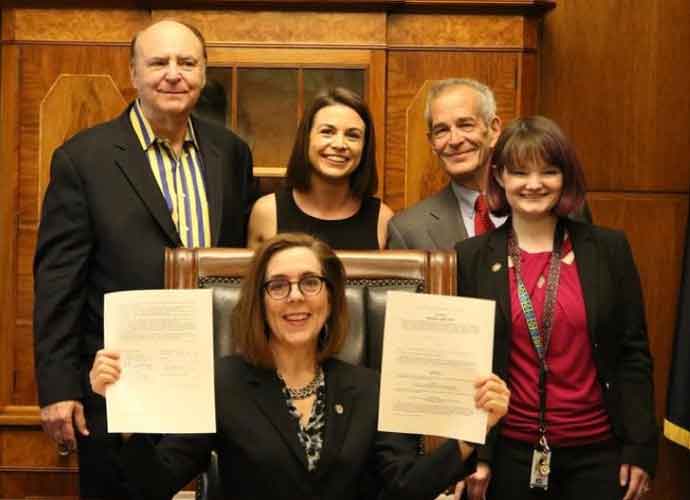 Decriminalization does not mean the drugs are legal, but instead reclassifies possession of small amounts of drugs a civil violation. The penalty is a $100 fine, which can be avoided by the person agreeing to participate in a health assessment.

“It takes a lot of courage to try something new, and I’m really proud of our state,” Haven Wheelock, a harm reduction specialist at Outside In and one of the petitioners who filed the measure, told Oregon Public Broadcasting. “I’m excited to be a model for other places to show that we don’t have to harm people for being sick.”

The measure will also use tens of millions of dollars generated by Oregon’s cannabis tax to fund the health assessments, as well as addiction treatment, harm-reduction efforts and related services.

The measure is also expected to create savings within the criminal justice system due to fewer arrests, prosecutions and incarcerations; those savings will also help fund addiction treatment. However, prosecutors in Oregon have been wary of the measure’s effectiveness.

“I am hopeful with this new effort that it will be successful to address addiction, but I think everyone can agree it’s an experiment,” Kevin Barton, the district attorney for Washington County, told OPB. “The biggest question is what to do for teenagers who are using these highly addictive street drugs who choose not to engage in treatment.”

Who Was Aaron Danielson AKA ‘Jay Bishop’, Member Of Right-Wing Group Patriot Prayer Killed In Portland?