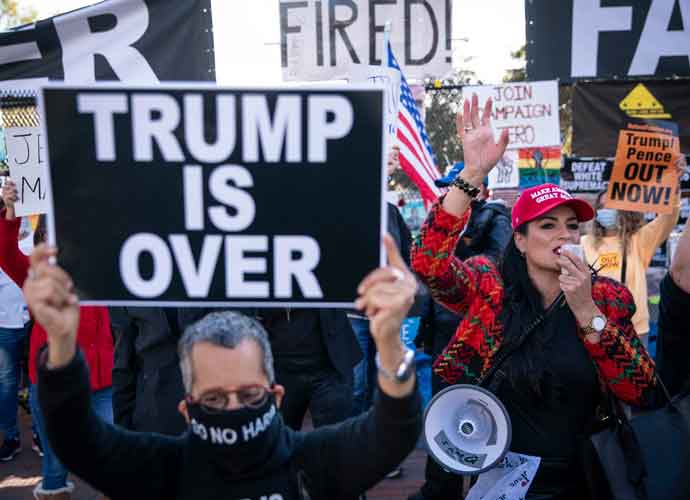 One Person Stabbed & 20 Arrested During Clashes Between Trump Supporters & Counter Protesters In D.C.

On Saturday, tens of thousands of Donald Trump supporters gathered in Washington D.C. to protest the election of Joe Biden. The gathering turned violent when counter-protesters arrived, resulting in one stabbing and at least 20 arrests.

Protestors, who chanted “stop the steal” while marching towards the U.S. Supreme Court, were met with counter-protestors at night. Police arrested 20 people on charges including assault and weapon possession, and two officers were injured.

Some of the marchers included members of the Proud Boys, a white nationalist group. The counter-protestors from the left chanted, “You lost!”

Trump has been claiming that Biden and the Democrats “stole” the election ever since Biden’s victory was announced on November 7.

The Radical Left Democrats, working with their partner, the Fake News Media, are trying to STEAL this Election. We won’t let them!

U.S. officials have determined that election was the most secure in U.S. history, as Trump has been pursuing legal action against Biden to prove that he illegally won battleground states that the president believes he should have gone to him.