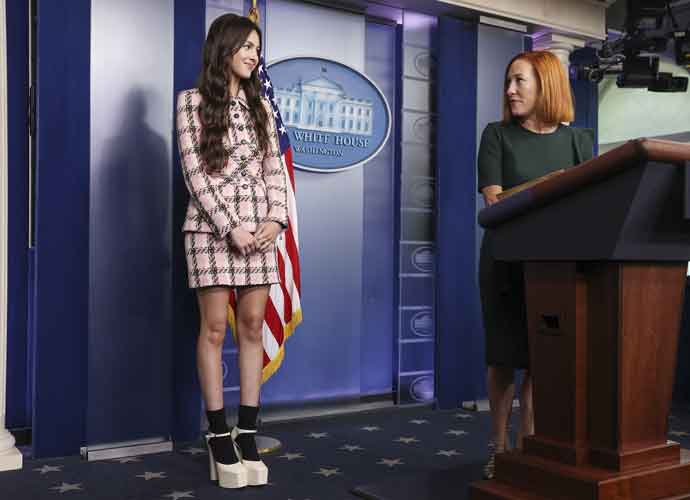 Jen Psaki, White House press secretary, right, introduces pop star Olivia Rodrigo during a news conference in the James S. Brady Press Briefing Room at the White House in Washington, D.C., U.S., on Wednesday, July 14, 2021. President Biden and the top U.S. immunologist Anthony Fauci are hosting Rodrigo to make the case that vaccines are "Good 4 U," the title of one of her hit songs. Photographer: Oliver Contreras/Bloomberg via Getty Images

The 18-year-old singer met with the president and Dr. Anthony Fauci during a visit Wednesday.

The young singer, who starred in High School Musical: The Series and has several chart-topping songs, plans to record videos urging young people to get the jab, launching a larger social media campaign to promote vaccination.

On Tuesday, Rodrigo announced her upcoming visit to the White House by commenting on Biden’s Instagram post.