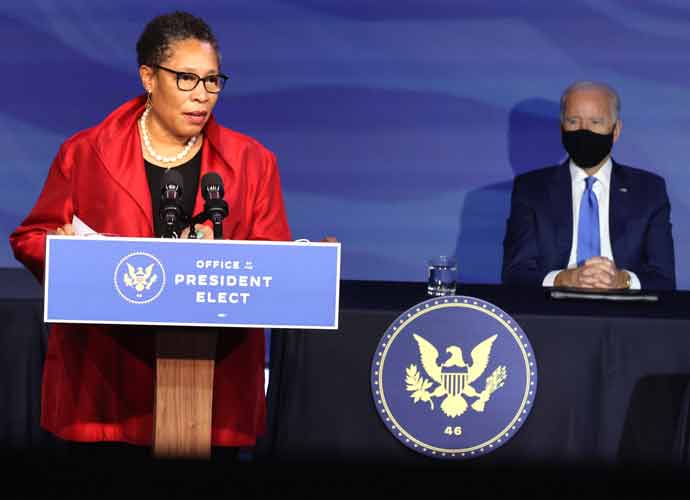 WILMINGTON, DELAWARE - DECEMBER 11: Rep. Marcia Fudge (D-OH) delivers remarks after being introduced as U.S. President-elect Joe Biden’s nominee to head the Department of Housing and Urban Affairs at the Queen Theater on December 11, 2020 in Wilmington, Delaware. President-elect Joe Biden is continuing to round out his domestic team with the announcement of his choices for cabinet secretaries of Veterans Affairs and Agriculture, and the heads of his domestic policy council and the U.S. Trade Representative.

Fudge is a member of the House Agriculture Committee and had previously been campaigning to become the first black female Agriculture secretary. She would be the second black woman to serve as HUD secretary.

She told Politico last month that White Houses have traditionally not been diverse, and black politicians have been given only limited Cabinet roles, including HUD secretary.

“As this country becomes more and more diverse, we’re going to have to stop looking at only certain agencies as those that people like me fit in,” she said. “You know, it’s always ‘we want to put the black person in Labor or HUD.’”

However, HUD will play an instrumental role in navigating Biden’s response to the coronavirus pandemic, which has helped fuel a housing crisis. More than 12 million Americans were behind on their rent in November.

Fudge embraced the nomination during a news conference on Friday.

“We will take on the deep-set roots of poverty and homelessness,” she said. “We will help people believe once again that their government cares about them no matter who they are. That we understand their problems.”

Rep. Marcia Fudge, Biden's nominee for HUD secretary: "We will take on the deep-set roots of poverty and homelessness…We will help people believe once again that their government cares about them no matter who they are. That we understand their problems" https://t.co/sHVzHLeUdZ pic.twitter.com/8hqrRxpkQs

Biden praised Fudge’s career history of “fighting for working people,” and tackling issues such as affordable housing. He added that she will bring her experience from serving as mayor of Warrensville Heights “to manage challenges and forge solutions at a local level.”

“She spent the past decade working to improve blighted neighborhoods, create safer, more affordable communities,” Biden said. “She also understands where you live impacts on your health, access to education, jobs and economic opportunity. Zip code should not determine the outcomes on all those issues.”