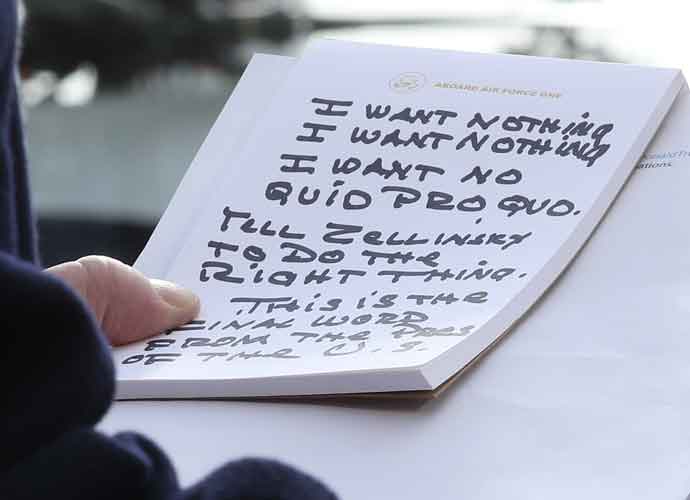 Trump’s supersized notes have inspired a meme on Twitter.

Trump appears to believe that his statement just now will be “the final word from the pres of the U.S.” pic.twitter.com/gQ7J0pn8Jq

this picture of Trump's notes is wild. pic.twitter.com/IscVjHcHYw

Some notes I made to address to our family tonight. pic.twitter.com/wC7s4IKHfZ