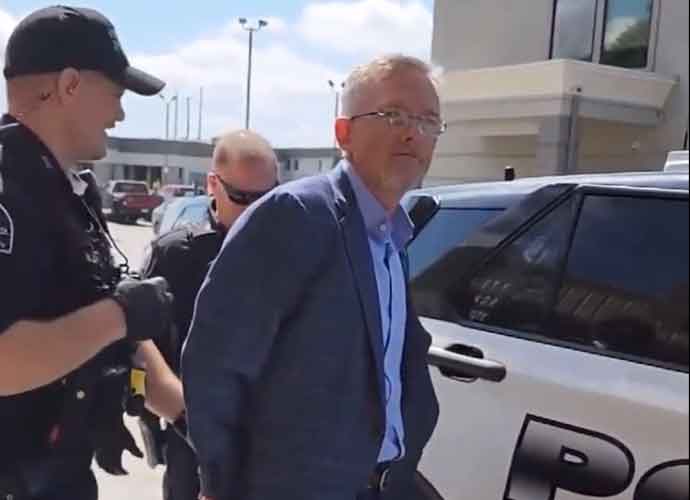 The altercation was the climactic ending to previous difficulties within Nebraska’s GOP party. High tensions were at play between two factions of Republicans who were divided over the two gubernatorial candidates for the state: Jill Pillena and Charles Herbster.

Herbster was endorsed by Trump. After the voting had ended, Pillen came out on top.

The controversy began when eight women spoke out against Herbster for groping them in the past.  Herbster filed a defamation lawsuit against a state senator, who in turn sued him for sexual battery.

Activists quickly formed an opposition group within the Nebraska GOP and soon, six dissenting members were denied permits for a convention.

Former Republican US Senate candidate Matt Innis is arrested at the NE State GOP Convention for assault and trespassing after he was sent a letter revoking his position as a delegate. pic.twitter.com/oDXDnxx8UA

Innis was one of the delegates denied access to the convention. After being asked to leave, Innis reportedly took down a man he believed was trying to attack him.

After the altercation, Innis was arrested. In a video posted to Twitter, Innis spoke to a group of onlookers.

“He got in my way and grabbed me and started pushing me back, and so all I did was turn and put him on the ground because I didn’t know who he was,” Innis stated as two police officers cuffed his hands.

After several other members were taken away, Innis and a few others were allowed back in to make their remarks.

Sen. Ben Sasse To Nebraska GOP After Censure: ‘Politics Isn’t About The Weird Worship Of One Dude’