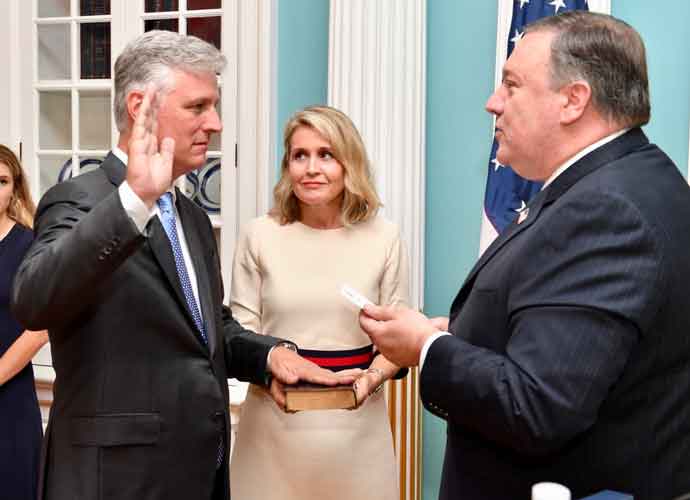 O’Brien is now the highest-ranking official within the Trump administration to contract the virus, although it is unclear when he last was in contact with the president. Their last public appearance together was on July 10 at a visit to U.S. Southern Command in Miami.

The White House statement said there is “no risk of exposure to the President or the Vice President.”

The top infectious diseases expert, Dr. Anthony Fauci told CNN’s Wolf Blitzer Monday night that President Donald Trump‘s risk of contracting the virus from O’Brien depends on when he was infected and how close he has been to Trump since.

“You have to have contact in a situation where you’re there long enough and close enough to have an increased risk,” Fauci said. “I don’t know the contacts he had, the proper authorities are doing the contact tracing right now.”

An unnamed official, who delivered a statement to the press from the White House said he is showing “mild symptoms” and is “self-isolating and working from a secure location off site.”

White House chief economic adviser Larry Kudlow told reporters that one of O’Brien’s daughters also tested positive for coronavirus, and that he likely contracted it from her.

A senior administration official told CNN that O’Brien had recently traveled to Europe with his top deputy to meet with officials from the UK, France, Germany and Italy. He then took a family vacation, the official said.