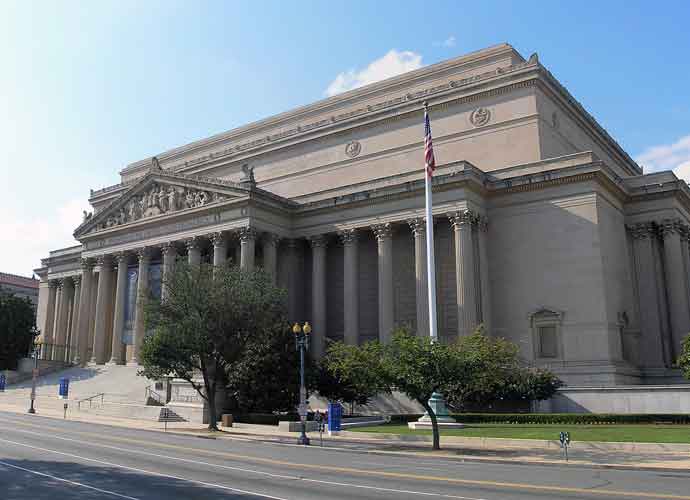 The United States National Archive came under scrutiny on Saturday for blurring anti-Donald Trump signs at the third-annual Women’s March. The independent government agency put out a statement on Saturday calling the decision a “mistake.”

We made a mistake.

As the National Archives of the United States, we are and have always been completely committed to preserving our archival holdings, without alteration. pic.twitter.com/VTWOS4R7GY

The Archive up an exhibit commemorating the 100th-year anniversary of the 19th Amendment to the U.S. Constitution, which stated: “The right of citizens of the United States to vote shall not be denied or abridged by the United States or by any State on account of sex.” The exhibit included photos of contemporary marches, comparing them to similar demonstrations in the early 20th-century.

One photo, when viewed from one side, shows 1913 demonstration in Washington, D.C., during the women’s suffrage movement. On the other side is an image of the 2017 Women’s March on Washington that took place a day after Trump took office.

The 2017 image, however, was censored. A sign that said “God Hates Trump” was blurred out to only say “God Hates.” Another sign, originally reading “”Trump & GOP — Hands Off Women,” now has the word “Trump” omitted.

Many references to the female anatomy were also removed.

In a statement, the National Archive said it regretted that decision. “As the National Archives of the United States, we are and have always been completely committed to preserving our archival holdings, without alteration,” the statement said. “In an elevator lobby promotional display for our current exhibit on the 19th Amendment, we obscured some words on protest signs in a photo of the 2017 Women’s March. This photo is not an archival record held by the National Archives, but one we licensed to use as a promotional graphic. Nonetheless, we were wrong to alter the image.”

Many, including the American Civil Liberties Union (ACLU), don’t think the apology was enough. Louise Melling, the ACLU Deputy Legal Director, said, “The National Archives must explain to the public why it took the Orwellian step of trying to rewrite history and erasing women’s bodies from it, as well as who ordered it.”

The National Archive has since removed the exhibit and has promised to replace the image with a non-censored version.