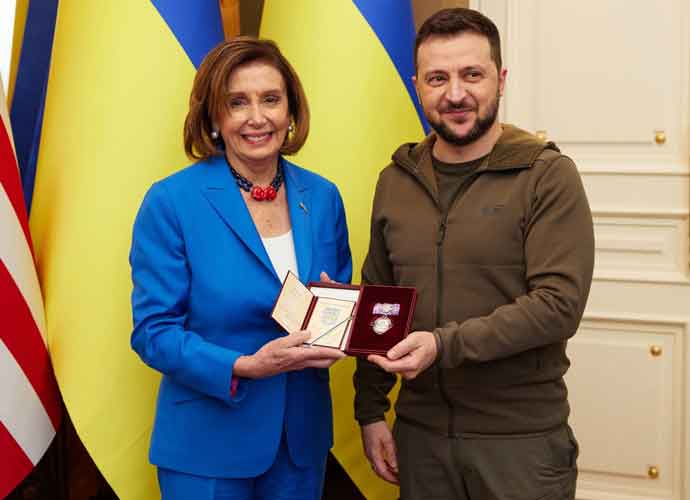 Nancy Pelosi travels to Kyiv to meet with Ukrainian President Zelensky, who presented her with an honor (Image: Ukrainian president's office)

Speaker of the House Nancy Pelosi made a secret trip to Kyiv over the weekend to meet with President Volodymyr Zelensky, making her the top U.S. official to visit the country since Russia invaded in late February.

“We were proud to convey to him [Zelensky] a message of unity from the Congress of the U.S. A message of appreciation from the American people for his leadership and admiration to the people of Ukraine for their courage,” Pelosi said at a press conference in Rzeszow, Poland, following her meeting with Zelensky. “America stands with Ukraine, we stand with Ukraine until victory is won, and we stand with NATO.”

During the meeting, Zelensky emphasized Ukraine’s need for continued financial support. Last Thursday, the House passed legislation that would allow the U.S. to loan Ukraine weapons. Biden has also called on Congress to pass a $33 billion funding bill.

“This shows that the United States today is a leader in strong support for Ukraine during the war against the aggression of the Russian Federation,” Zelenskyy said, adding that he is “very grateful for this powerful signal of support.”