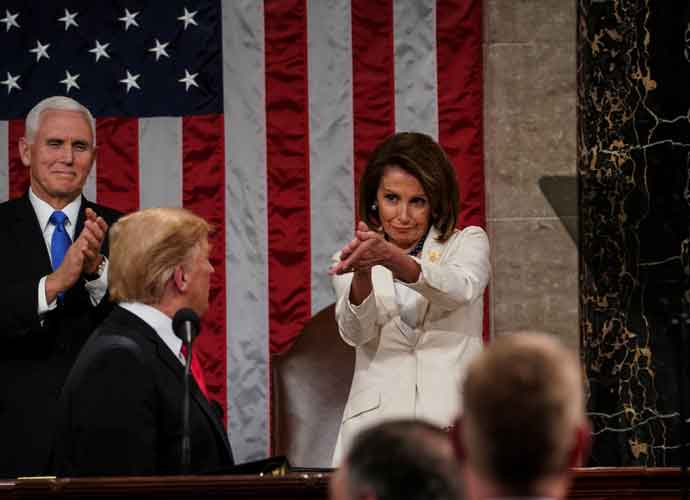 After breezing through her caucus’ nomination to serve as Speaker of House, Nancy Pelosi (D-California) seemed to note that this would be her last term.

For months, Pelosi has evaded questions about a statement she made two years ago with Democrats to serve only four more years in power. Pelosi more or less affirmed that she plans to pass the role on to someone else in 2022 during a news conference on Wednesday.

“When that conversation took place, there was a move to put limits on the leadership and the chairs of committees…. What I said then is whether it passes or not, I will abide by those limits that are there,” Pelosi said. “I don’t want to undermine any leverage I may have, but I made the statement.”

Pelosi first began leading the Democratic caucus in 2003, becoming the first female House Speaker in 2007 when Democrats reclaimed the majority.

However, her comments seemed to leave room for her to back out if needed.

“If my husband is listening, don’t let me have to be more specific than that, because we never expected to have another term now,” Pelosi added after being asked if this would be her last term. “I consider this a gift, and I can’t wait to be working with Joe Biden and preparing us into our transition into the future.”

Despite some criticism that the Democratic leadership did not reflect younger, more progressive voices, Pelosi ran unopposed and only had to secure a simple majority of the Democratic Party’s  vote. She will have to clinch at least 218 votes on the House floor in January.

While she will be working with a slimmer majority, only two Democrats have so far publicly stated they will vote against her — Reps. Elissa Slotkin (D-Michigan) and Jared Golden (D-Maine). Some other Democrats who had previously said they would oppose Pelosi continuing her tenure were voted out during the election cycle.

The Democratic leadership of the House will remain largely unchanged, with Majority Leader Steny Hoyer (D-Maryland), House Majority Whip Jim Clyburn (D-South Carolina) and Democratic Caucus Chairman Hakeem Jeffries (D-New York) all being elected to another term. The one exception is Rep. Katherine Clark (D-Massachusetts) who was promoted to Assistant Speaker from Vice Chair, becoming the second-highest ranked female lawmaker behind Pelosi.