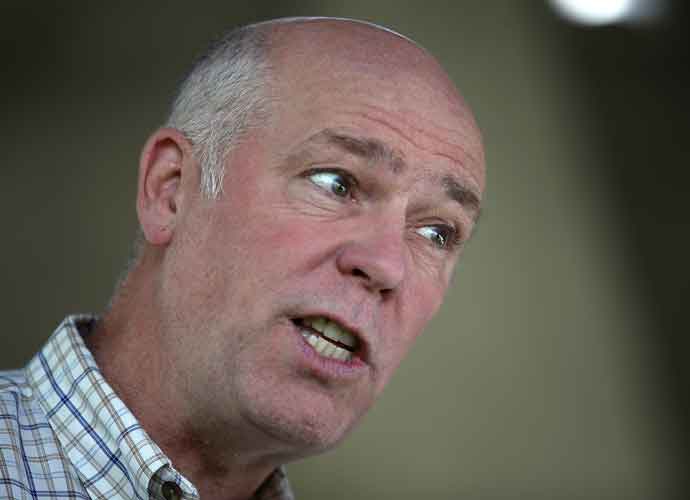 GREAT FALLS, MT - MAY 23: Republican congressional candidate Greg Gianforte looks on during a campaign meet and greet at Lions Park on May 23, 2017 in Great Falls, Montana. Greg Gianforte is campaigning throughout Montana ahead of a May 25 special election to fill Montana's single congressional seat. Gianforte is in a tight race against democrat Rob Quist. (Photo by Justin Sullivan/Getty Images)

Aides said he left the country last week for a “long-scheduled personal trip” with his wife in an undisclosed location and that he was making an effort to get home as soon as possible. Gianforte was reportedly in close communication with his team and still stayed active on social media as he declared a statewide disaster on Tuesday. The state’s request to President Joe Biden for disaster relief was signed by Lt. Gov. Kristen Juras (R) as the acting governor on Wednesday.

The governor received heavy backlash for being absent in a time of crisis for Montanans.

“In a moment of unprecedented disaster and economic uncertainty, Gianforte purposefully kept Montanans in the dark about where he was, and who was actually in charge,” executive director of the Montana Democratic Party Sheila Hogan wrote in a statement on Wednesday. “Again, we ask, where in the world is Governor Gianforte?”

The state’s flooding issue began last Friday as the heavy rains combined with snow melt caused the Yellowstone River to overflow to near-all time highs. The floods especially effected the communities in Park, Carbon and Stillwater counties which include Red Lodge, Billings and Livingston. Nearly 100 people had to be airlifted to safety.

Gianforte has yet to address his absence.