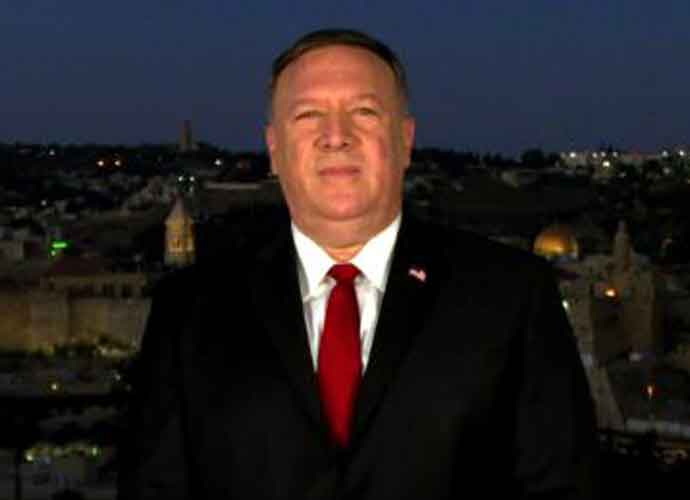 Secretary of State Mike Pompeo is under investigation by the Office of Special Counsel (OSC) for potentially violating federal law for his August 25 speech to the virtual Republican National Convention, which he delivered while on an official taxpayer-funded trip to Jerusalem.

It centers around whether the secretary of state violated the Hatch Act, a law that prohibits federal employees from engaging in political activity while on duty or inside federal buildings.

“Our offices have confirmed that the Office of Special Counsel has launched a probe into potential Hatch Act violations tied to Secretary Pompeo’s speech to the Republican National Convention,” the representatives said in a joint statement.

It is the second investigation that the OSC has launched on Pompeo, whose lavish use of taxpayer dollars, along with his wife’s, has spur other investigations by the agency’s inspector general.

“As we get closer to both this year’s election and his own inevitable return to electoral politics, Mike Pompeo has grown even more brazen in misusing the State Department and the taxpayer dollars that fund it as vehicles for the administration’s, and his own, political ambitions,” the joint statement said.

“Mike Pompeo has grown even more brazen in misusing the State Department and the taxpayer dollars that fund it as vehicles for the Administration’s, and his own, political ambitions… the truth about this administration’s corruption will come out.” pic.twitter.com/ck8SYWUc8y

The Department also waited almost 24 hours before saying in a statement Tuesday that the previous Hatch Act complaints regarding the first investigation into Pompeo have been “soundly rejected.”

Engel and Lowey also pointed out that the State Department has missed congressional deadlines to turn over documents on Pompeo’s domestic speeches.

Pompeo delivered his speech to the virtual Republican National Convention from a hotel rooftop in Jerusalem. Former diplomats and congressional Democrats criticized his appearance, noting that previous secretaries of state have avoided participating in political events like the convention.

His August appearance led a group of House Democrats to ask the OSC to investigate potential violations of the Hatch Act in September, claiming that Pompeo’s speech “raises concerns about the use of federal resources for the secretary’s political activity, including the cost of his travel.”