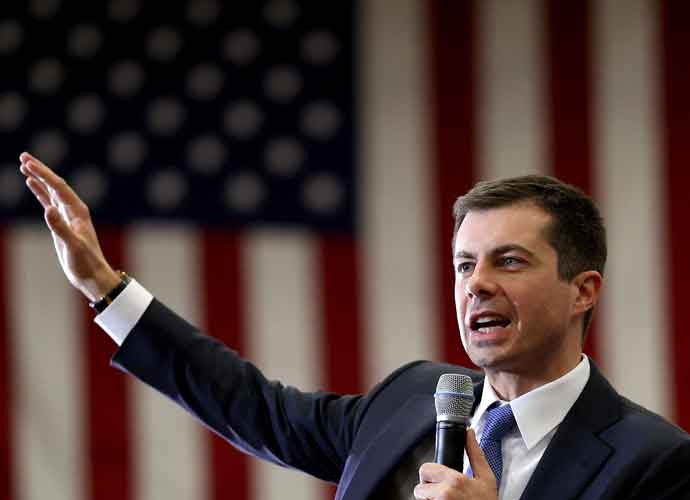 “We’re so blessed this weak little girl moved to Michigan!” Maddock wrote of the openly gay Buttigieg. “Looks like he’s bringing all his California Dreaming here with him.”

We’re so blessed this weak little girl moved to Michigan! Looks like he’s bringing all his California Dreaming here with him. https://t.co/85MQNcN3f1

Buttigieg, along with his husband Chasten, and his two children did recently move to the Great Lakes State, where Buttigieg is originally from. Buttigieg responded to Maddock’s tweet last week.

Maddock’s tweet drew widespread criticism from both sides of the aisle.

“The @migop chair chose today to raise homophobic and bigoted attacks against Michiganders,” she wrote. “First they were ok with @deperno4mi [state AG candidate Matthew Deperno] tweet using the white supremacy stumble Pepe the Frog, and now this. The bigotry, homophobia, and antisemitism are so ramped in their chosen leaders.”

“I’m not sure I even recognize the Republican party of today,” he wrote on Facebook. “This is not the party I have been a part of my entire political career. Denigrating slurs and highly personal insults have no space in respectful political discourse. We can disagree on policy without engaging in this type of behavior. We are better than this.”

Maddock is also a supporter of former President Donald Trump‘s claims of a “rigged” 2020 election, and she was one of the fake electors who tried to sign documents in an effort to change the election results.