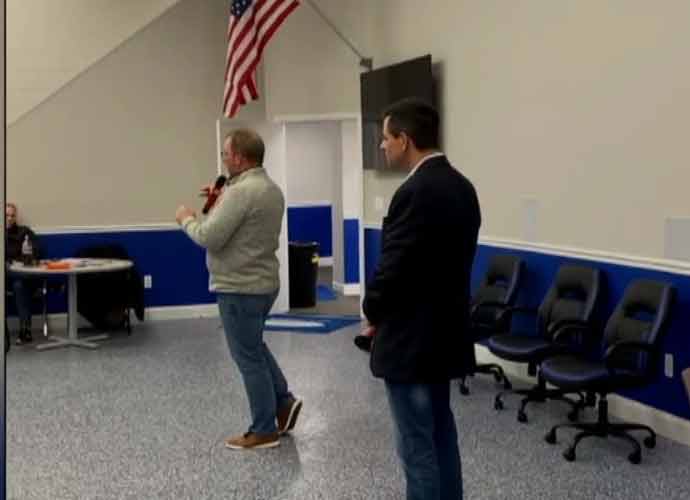 Mike Detmer, a Republican running for Michigan state Senate, was caught on video urging his supporters to arrive at the polls armed.

After someone in the crowd asked what the solution would be to protect Republicans heading to the polls if the suspect instances of voter fraud, Detmer replied, “Are you armed? I say that in all seriousness.”

Detmer clarified his statements in a tweet Tuesday morning, comparing them to founding father Thomas Jefferson.

Michigan Secretary of State Jocelyn Benson released a statement warning that “brandishing a firearm at a polling place is illegal.”

Michigan Supreme Court Votes To Include Abortion On November Ballot