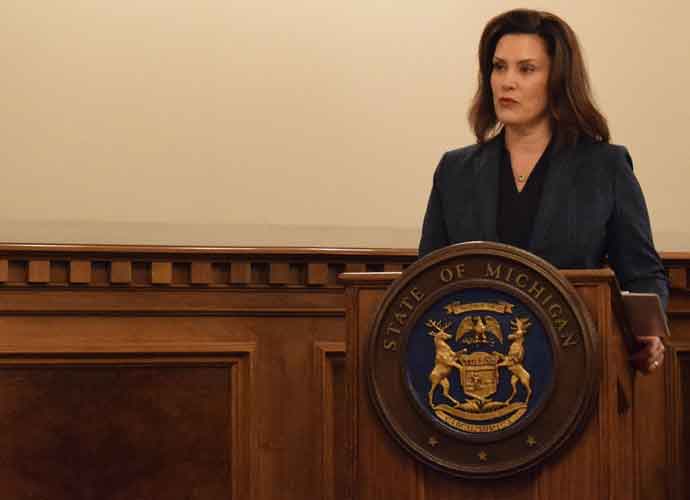 Gov. Gretchen Whitmer (D-Michigan) gave the Democratic response to the State of the Union on Tuesday.

Widely unknown outside her home state of Michigan, Whitmer was chosen to give  the Democratic response. When asked why Speaker of the House Nancy Pelosi decided to give Whitmer the national audience, Kym Worthy, a Democratic prosecutor in Wayne Country, Michigan, said, “She’s fresh, she’s smart, she’s witty, she’s bold — and she comes from a state that the Democrats need.”

Whitmer is an important figure in the Midwest for Democrats because she stands as a testament of the Democrat’s ability to win a seat in the Midwestern state. As a swing state, Democrats are hoping to get a hold of states like Michigan in the upcoming election.

However, four years ago, Democrats were extremely confident they’d win Michigan’s electoral votes. That wasn’t the case, and President Donald Trump ended up winning Michigan, along with Wisconsin and Pennsylvania. Although she’s only been in office for 13 months, Whitmer was chosen to give the response in hopes to reverse that this election cycle.

Former prosecutor and state lawmaker Whitman won the governor’s office in 2018 with a 10 percent lead. Her taking office ended the longtime Republican control of Michigan’s state government. This lifted Democrats’ hopes of reclaiming the state.

“People see that all roads to the White House go through Michigan,” Whitmer said last week to reporters. “The message coming out of Michigan is important.”

Unlike the president, she is a Democrat through and through. She supports abortion rights, stricter gun laws and other liberal policies, but she hopes for compromise and bipartisanship between the parties, which is quite moderate.

While running, Whitmer emphasized issues that appeal to both parties such as road repair and health care “One of the lessons, I think, from 2016 was that you really have to show up,” Whitmer said. “When you do that, you can’t really get distracted by things that aren’t really front-and-center for voters.”